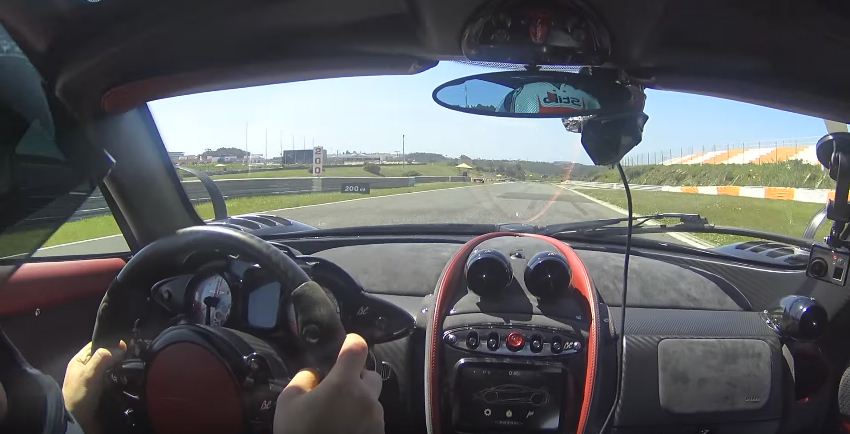 The Pagani Huayra BC was launched at the 2016 Geneva Motor Show. Journalists got a rare opportunity to experience the new Huayra BC on the race track and at full throttle. Here’s an on board video of a hot lap in a Pagani Huayra BC.

The Huayra BC named after Benny Caiola features a reworked aerodynamic package consisting of a fixed rear wing which works in combination with active flaps and a ginormous rear diffuser. The BC’s aero package provides considerably more downforce than the standard Huayra. The engine is the same 6.0-liter AMG V12 twin-turbo but with 60 hp more than in the standard car.

In the hands of Pagani test driver Andrea Palma 789 hp and 811 lb-ft of torque is put to good use, especially on a twisty track like Estoril.

Hot lap in a Pagani Huayra BC video:

Continue Reading
Related Topics:Estoril, hot lap, Huayra BC, on board