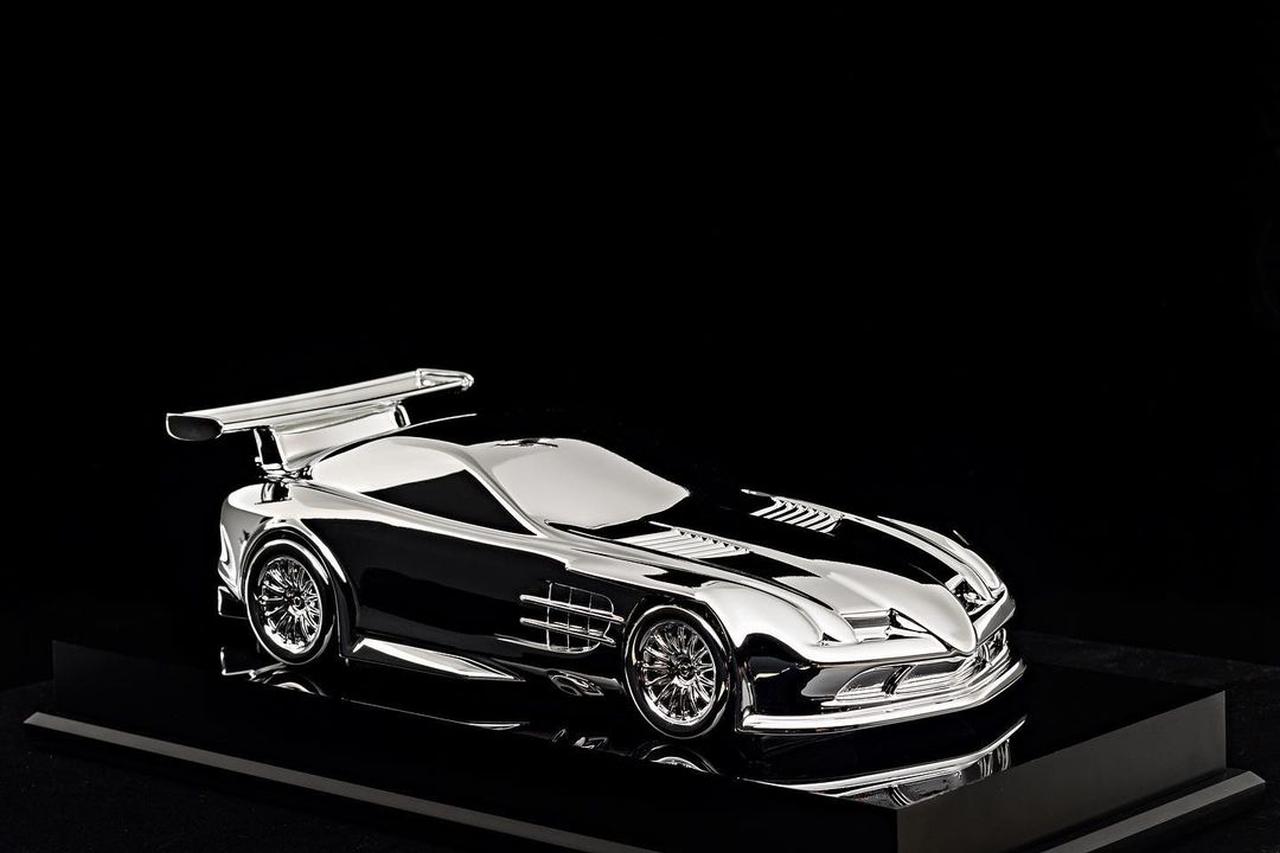 McLaren is working on a very special project that is expected to be revealed early next year. It’s a limited edition of the iconic Mercedes-Benz SLR McLaren that is being built for select clients, including the famous hypercar collector Manny Khoshbin.

There’s no official word yet, but the car could be called the SLR McLaren HDK, where ‘HDK’ refers to ‘High Downforce Kit’. Images of a scale model have surfaced on social media giving us our first look at the new supercar.

As the name suggests, the SLR McLaren HDK appears to be a track-oriented version of the standard car. It is inspired by the 2007 SLR McLaren 722 GT, which was developed for a one-make series called the SLR Club. The HDK could be a road-legal version of this track car.

The scale looks quite similar to the 722 GT. The biggest upgrade is that massive rear spoiler. The car also appears to have a wide body kit with a more aggressive front splitter and rear diffuser. The side-mounted twin exhausts are likely to be replaced with single pipes.

Reports suggest, McLaren Special Operations (MSO) will be producing a dozen SLR McLaren HDKs and all have been sold out.

Ferrari Enzo crashed in the Netherlands