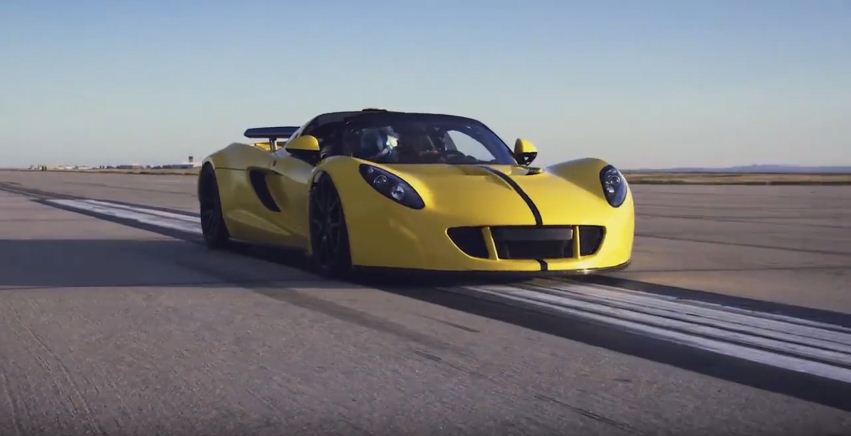 The Hennessey Venom GT has quietly broken the world speed record for a production car by going faster than the Bugatti Veyron Super Sport. Given the Veyron SS is quicker than the new Chiron which is electronically limited to 267 mph (allegedly), it is safe to say that the Venom GT is faster than the $2.5 million Chiron.

In a press release sent out by Hennessey Performance, John Hennessey said, “building and validating our Venom GT as the world’s fastest has been a long journey and a lot of hard work but as President Kennedy once so eloquently said, ‘We choose to go to the moon in this decade and do the other things, not because they are easy, but because they are hard.’ As a result, we have built a better car and a better team at Hennessey Performance (HPE).”

Hennessey won’t tell us the exact speed the Venom GT clocked during the record run. For that, we will have to wait until April 11. One thing is for certain though, the Venom GT is the new kind of speed and Bugatti has some catching up to do.