The Hennessey Venom F5 is set to be unveiled on November 1, 2017 during SEMA. The Texas-based tuner has released yet another teaser image and a video as a build up to the main event. 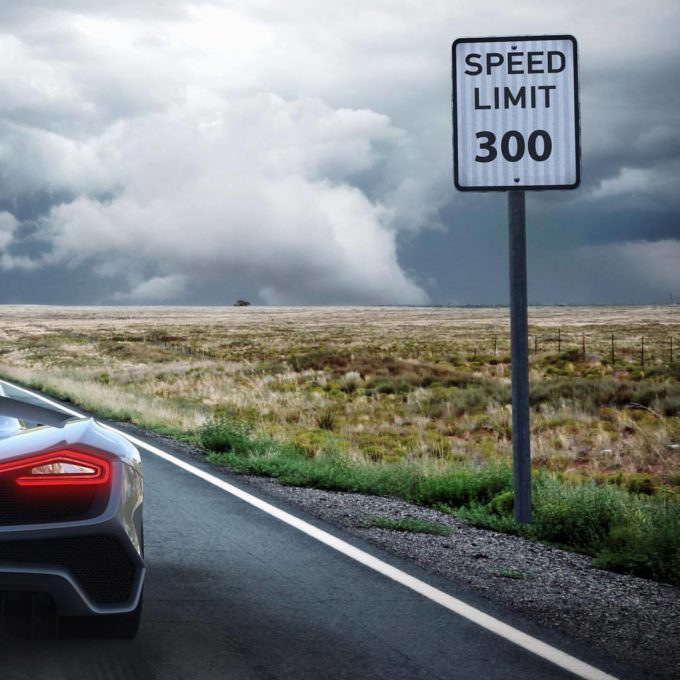 Hennessey is replacing the record-setting Venom GT with a new supercar. It’s called the Venom F5 and unlike its predecessor which was based off a Lotus Exige, the Venom F5 will use a bespoke carbon chassis.

With the Venom F5, John Hennessey wants to beat the Bugatti Chiron at its game. While the Venom GT was fast and even held a Guinness World Record for the fastest production car, the Venom F5 will be even quicker.

In a recent interview with Top Gear, Hennessey revealed that the Venom F5 could reach a top speed of 290 mph. If they are able to achieve that sort of speed, it will be way quicker than any of the multi-million dollar hypercars currently on sale. 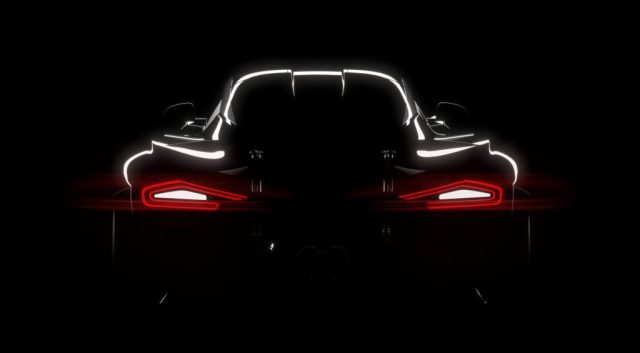 A 300 mph supercar has to be lightweight. To achieve a sufficiently high power-to-weight ratio, the F5 is built around a carbon fiber tub. The engine is still a good ‘ol American V8 which is twin-turbocharged. Peak output could be in the range of 1400-1500 hp matching the Chiron’s engine performance.

The lack of all-wheel drive and a dual-clutch gearbox like the Chiron will help Hennessey save weight. So much so that, the car is expected to weigh 500 kg less than the Bugatti.

The Venom F5 will be built by the newly formed Hennessey Special Vehicles who are also responsible for the design and development of the supercar. We can expect a formal unveiling later this year.