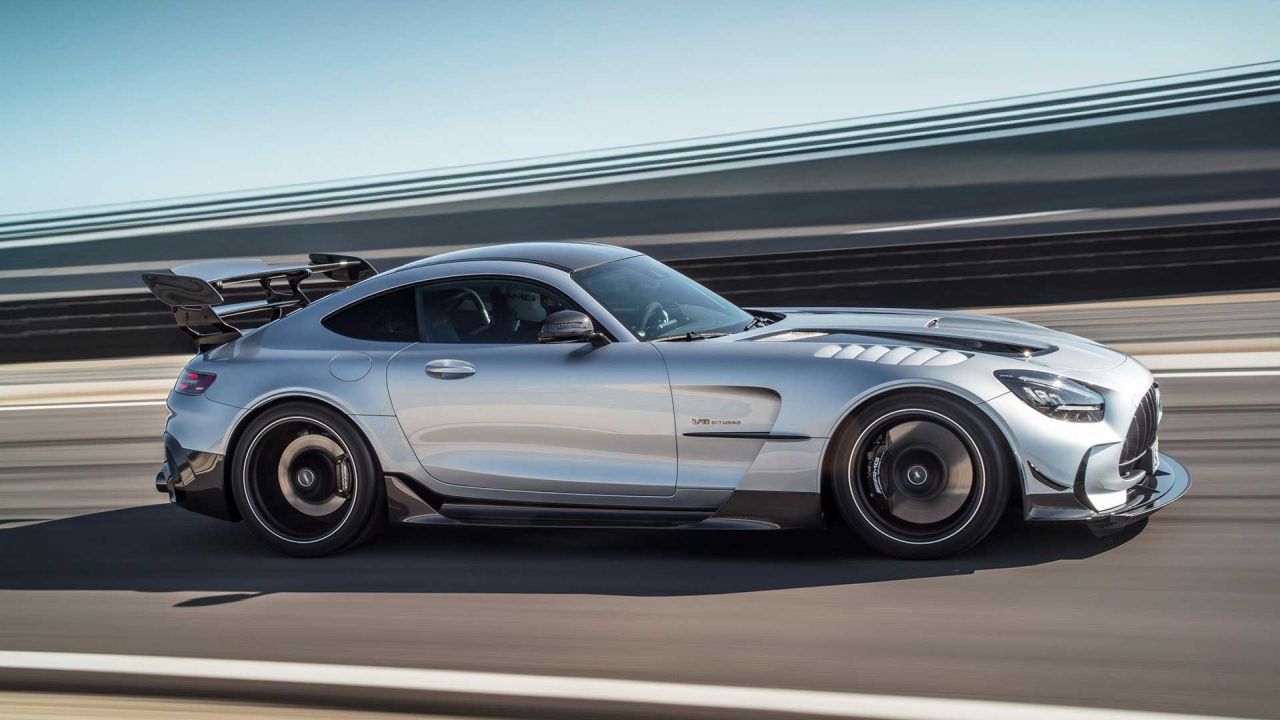 Mercedes-Benz is taking the fight to Porsche with its new track-focused AMG GT Black Series. So, we thought it would be the right time to see how it compares with the Porsche 911 GT2 RS.

An AMG GT R is no slouch around a racetrack. The Black Series takes it a notch higher with a teutonic engine wrapped in the most aggressive bodywork permitted by regulations, just shy of a GT3 race car.

The aero package on the AMG GT Black Series is quite something. It has a manually adjustable front splitter. Canards guide air around the front bumper, while louvres on the fenders help reduce the pressure inside the wheel arches. At the rear, is a massive spoiler. The upper wing comes with an electronically controlled flap that can be adjusted by 20 degrees. The vented hood and other bodypanels are all made from carbon fiber to save weight.

Frankly, the 911 GT2 RS looks a bit soft in front of the AMG GT Black Series. However, it too features a serious aero package. It has a prominent splitter with large intakes on the front and louvres on the fenders. At the rear, it gets a larger diffuser and an adjustable spoiler.

Both cars are based off high-performance GTs and retain most of their creature comforts. The 911 GT2 RS comes with carbon-backed sports seats and a roll cage. The Black Series also gets body-hugging carbon seats and roll over protection.

If you compare the spec sheets, the AMG GT Black Series and the 911 GT2 RS have similar figures. However, the Black Series’ V8 engine generates higher peak torque and sustains it across a wider rev range. This should help with driveability. The Porsche is noticeably quicker to 62 mph than the AMG and also has a higher top speed. We suspect that could be down to the aero which seems to be configured for more downforce.

Porsche had planned to produce just 1000 units of the 911 GT2 RS, which was based off the 991-gen car. The car cost $294,450 when new. Unfortunately, Mercedes is yet to announce the price for the AMG GT Black Series. It is also expected to be built in limited numbers.