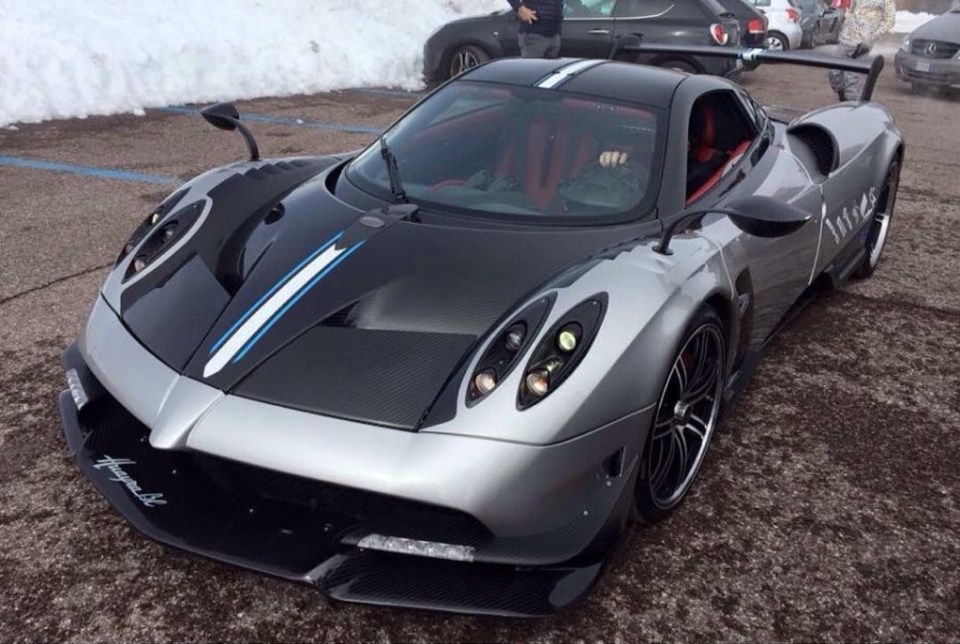 Pagani has named their track-focused supercar based on the Huayra as the ‘BC’. We are still not sure what the initials stand for but after scrolling through the comments we came across the word ‘Braccia Carbone’ which is Italian for ‘carbon wing’- sounds quite plausible.

The Pagani Huayra BC will use the same twin-turbo AMG V12 from the standard Huayra but with added performance. A lot has changed on the exterior though and features multiple carbon fiber extensions on the front as well as the rear of the car. The fixed rear wing is the most evident but just look at the rear diffuser- it’s massive.

The front splitter element has been extended further and houses a set of LED lights as well. The front fenders have added vents on the top for improved downforce. The side skirts also feature a modified design. The Huayra BC seen here has a bare carbon hood and aero kit. Another notable change is the wheels. The 7-spoke alloy design is new to the Huayra and perhaps be unique to the Huayra BC.