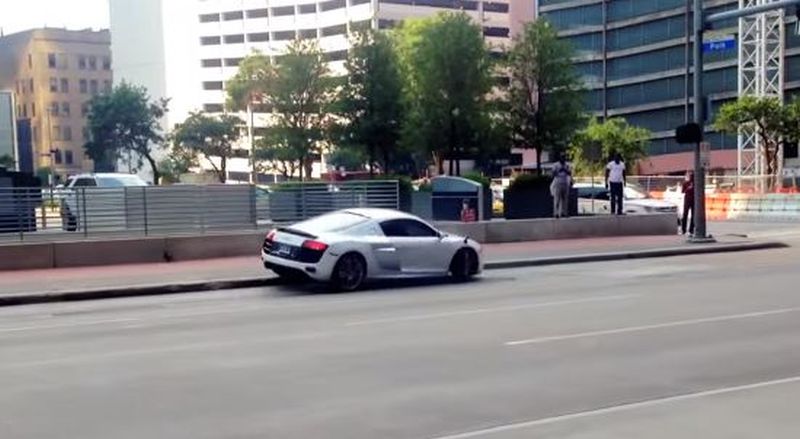 This half wit Audi R8 driver has expensive repair bills to settle after he wiped out while showing off on the streets of Houston, TX.

The driver lost control when floored the accelerator about 100 meters from an intersection in downtown Houston. It didn’t take long for the rear-end to swing out after a boot full of gas.

The mid-mounted engine caused a pendulum effect and spun the car around. Luckily, the people on the sidewalk were able to dodge the out of control supercar. The driver did manage to pull off a 180 before hitting the curb. Checkout the aftermath of the crash in the video below.