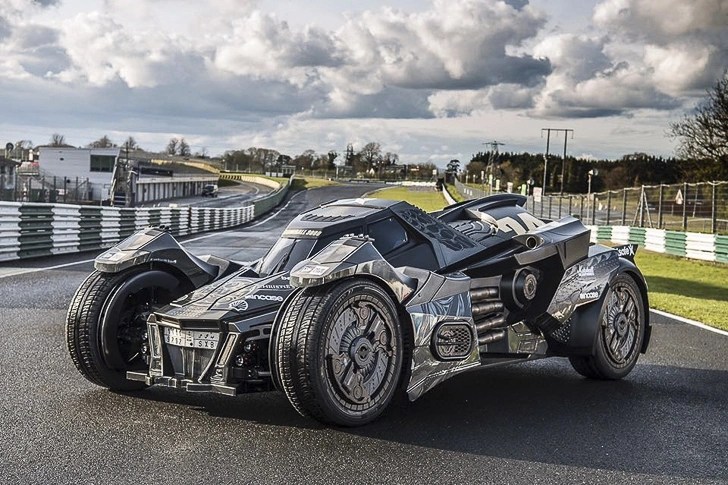 The annual Gumball 3000 rally attracts supercars from all over the world. Apart from the usual Porsches, Ferraris and Lamborghinis one car that is causing a massive stir is Team Galag’s Batmobile 2.0.

If you thought Team Betsafe’s Formula 1 car was insane, just take a look at this. The Batmobile was engineered by a guy who worked for Koenigsegg. Almost all of it built out of carbon fiber and is undoubtedly the craziest car on this year’s Gumball rally.

Underneath the striking bodywork is a chassis from a Lamborghini Gallardo boasting a 5.2-liter V10 engine. It has got no doors, instead it has this carbon canopy that swings open and you just hop in to the cockpit. Also, visibility is an issue, so rear-facing cameras had to be fitted. Overall, it’s a massive carbon fiber contraption with a Lamborghini underneath.