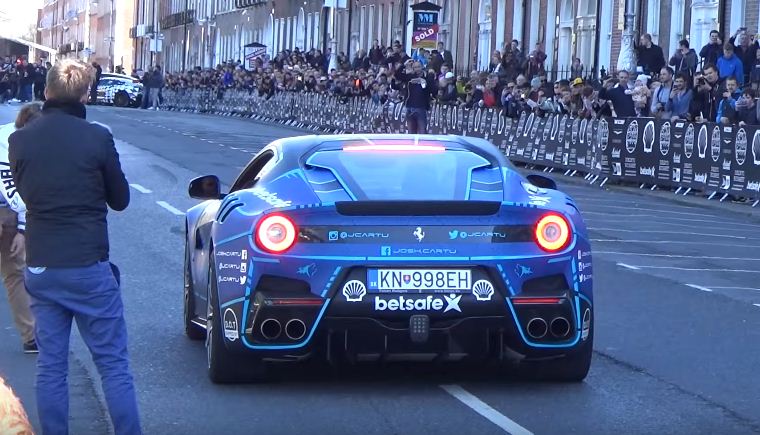 Canadian racing driver Josh Cartu is doing the Gumball 3000 this year in his Ferrari F12 TDF. Josh put up a great show for the fans in Dublin by laying down some rubber before setting off for the rally.

The Ferrari F12tdf is rare supercar packing a 780 hp naturally aspirated V12. It is one of the most powerful grand tourers and perhaps best suited for a cross country rally like the Gumball 3000.

The 2016 Gumball 3000 rally was flagged off from Dublin and has now reached the Channel Tunnel. Here on, the Gumballers will drive through France en route their final destination in Bucharest, Romania.

One of the stars of this years’s rally is Team Galag’s Batmobile. Make sure you also checkout Team Betsafe’s Formula 1 car which is undoubtedly the most uncomfortable car in whole pack.