Just days after Vaughn Gitting Jr. took delivery of his stealth spec Ford GT, another racing driver has received the keys to his new supercar. This time it’s IndyCar driver Graham Rahal with one of the most extra-ordinary specs we’ve seen on the Ford GT yet. Rahal’s Ford GT is finished in a vibrant purple with silver stripes and black wheels for contrast that make up for one hell of a good looking machine.

Introducing @Ford GT #J218. No filters needed. Be bold, be you, stand out from the ordinary! . Thank you #Ford for allowing me to have some fun with this, @axaltaracing for making this special paint blend complete for me, and the Multimatic team for their great work. It’s now time for @grahamrahalperformance to get some new wheels on her and preserve those carbons and @xpeltech to cover every nook and cranny we can find! #Carsofinstagram #BeYou #BeBold #BeUnique #GRP #HighPerformanceVehicles #HighPerformanceQuality #FordGT #GT40 #purplerain #supercar #carlife

The race car driver wanted to go unique with his GT spec, as his caption read, “Be bold, be you, stand out from the ordinary”. With a spec such as this, attention would surely be easy to come by, if it wasn’t already with the GT’s insane looks. 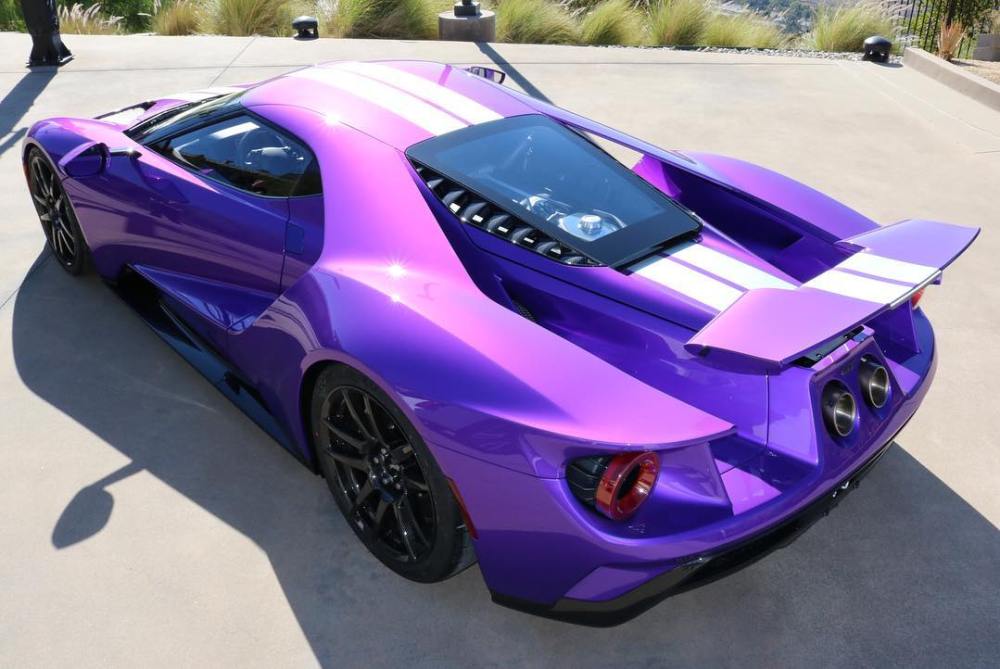 The purple color on the car isn’t on Ford’s official palette for the GT. Instead, Rahal got some help from Axalta Racing to create the unique hue. The custom shade has a pearlescent finish that makes the color look lighter in the sun and darker in the shade. Overall, the result would look awesome in the flesh as Rahal himself explains, “One thing about the color is the depth, photos just don’t do it justice but the metallic flake combined with the change of brightness based on the sun angle makes it even better and more unique. 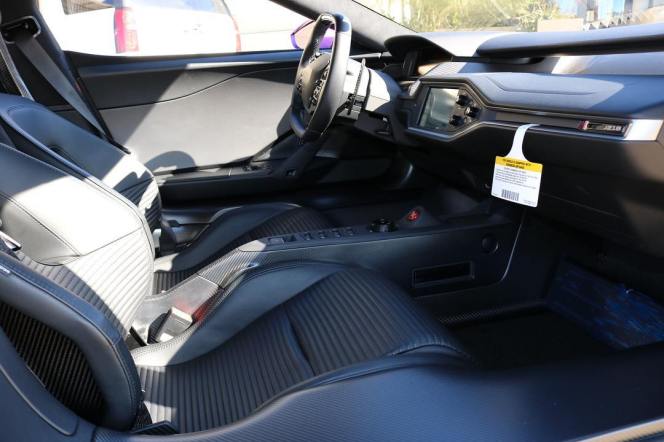 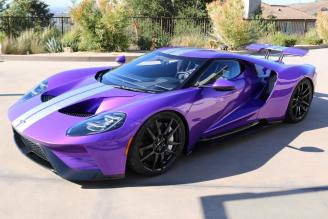 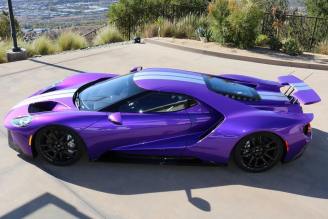 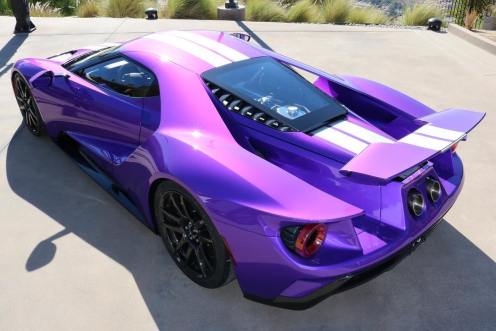 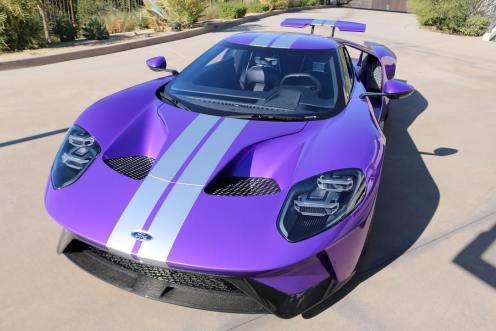