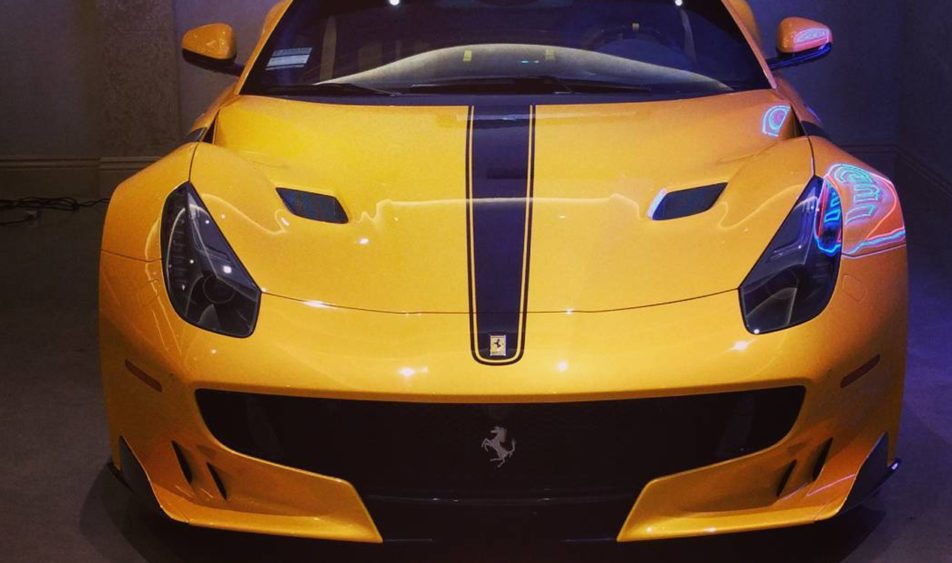 Google VP Benjamin Sloss loves Ferrari. His supercar collection includes a LaFerrari, 599 GTO and their exclusive track versions- LaFerrari FXXK and 599XX. One of the non-Ferraris in his garage is a Lamborghini Aventador SV.

The Google executive known for his love of supercars now has an F12 TDF added to his collection. Ferrari is very picky about who gets to own their top-of-the-line supercars. Mr. Sloss has been a bonafide Ferrari guy and a priority customer for the company.

You have to be among the elite club to own a LaFerrari and same goes for the F12 TDF. Celebrity chef Gordon Ramsay owns each of these.

The F12 TDF is a hardcore, track-focused version of the standard F12 Berlinetta. The coupe borrows its name from the classic 250 GT “Tour de France” race car. Under the hood is a 6.3-liter naturally aspirated V12 engine that puts out 769 hp and 520 lb-ft of torque. It weighs less than the standard car and can accelerate from 0-60 mph in 2.9 sec. It has top speed of 211 mph.