A Gemballa Mirage GT was wrecked in Midtown Manhattan on the morning on April 7, 2020.

The Mirage GT crashed into several vehicles along 11th Avenue, before coming to a halt on 44th street. The owner was driving the car at the time of the accident and has been arrested.

CCTV footage shows the car speeding away from the scene of the accident.

The Carrera GT-based supercar was owned by GoldRush Rally co-founder Benjamin Chen. He had bought the Carrera GT in 2014. It was then sent over to Gemballa for modifications. 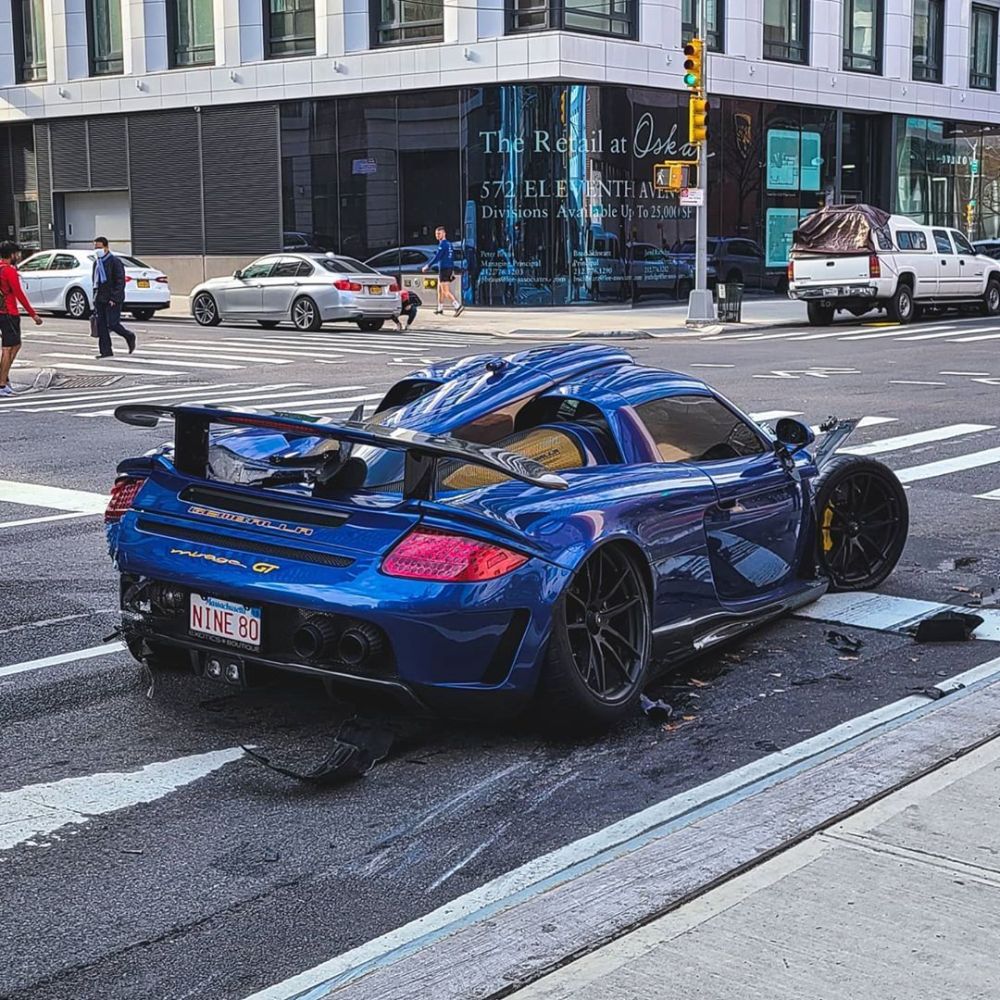