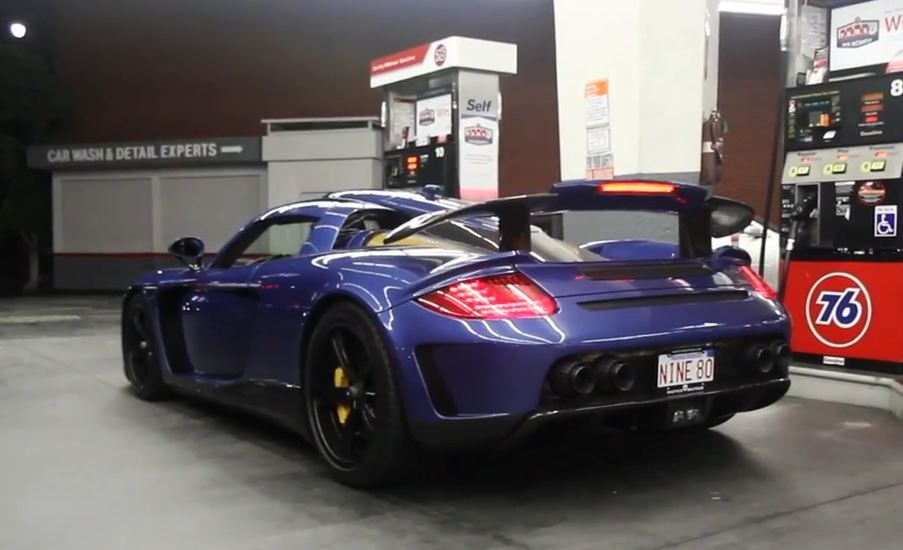 At first glance, you might mistake it for a Porsche Carrera GT. However, this ain’t the supercar in which Fast & Furious star Paul Walker lost his life. This is its tuned version called the Gemballa Mirage GT and it’s an extremely rare machine. Gemballa is a German tuning company who have created just 25 examples of the Mirage GT.

This, the no.23 car featured in the video is one of the Matte Blue Editions. The car is powered by a tuned 5.7-liter V10 producing 670 hp and an extremely loud noise as a bi-product. The video starts with the Mirage GT roaming the streets of upmarket L.A. at night grabbing a lot of attention along the way. The driver is rather generous with the throttle and that’s why we can enjoy the sound of that V10. Scroll  down and see for yourself.