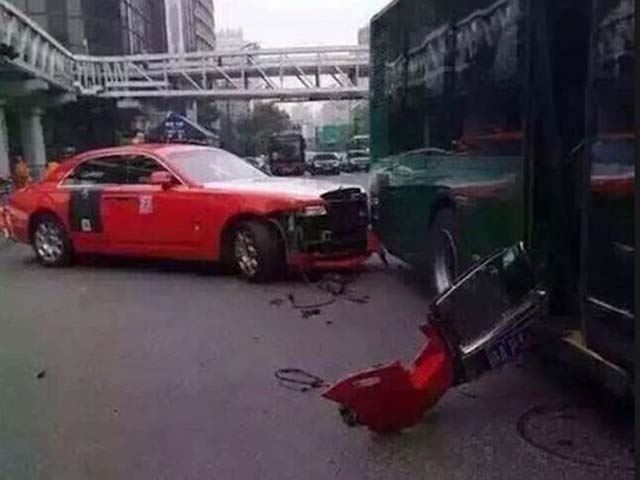 South Korean pop icon Psy of ‘Gangnam Style’ fame was recently involved in a road accident. Although the famous singer was unhurt, his expensive car did suffer substantial damage. Psy was at the wheel of his Rolls Royce Ghost in Hangzhou, China where he crashed in to a bus ripping off the front end of his Rolls Royce.

The pop star ruled the global charts for a while and when the catchy ‘Gangnam stlye’ video hit the internet, it became the most watched video on Youtube. Meanwhile, Psy has continues making music and has been very successful in the eastern part of the world.