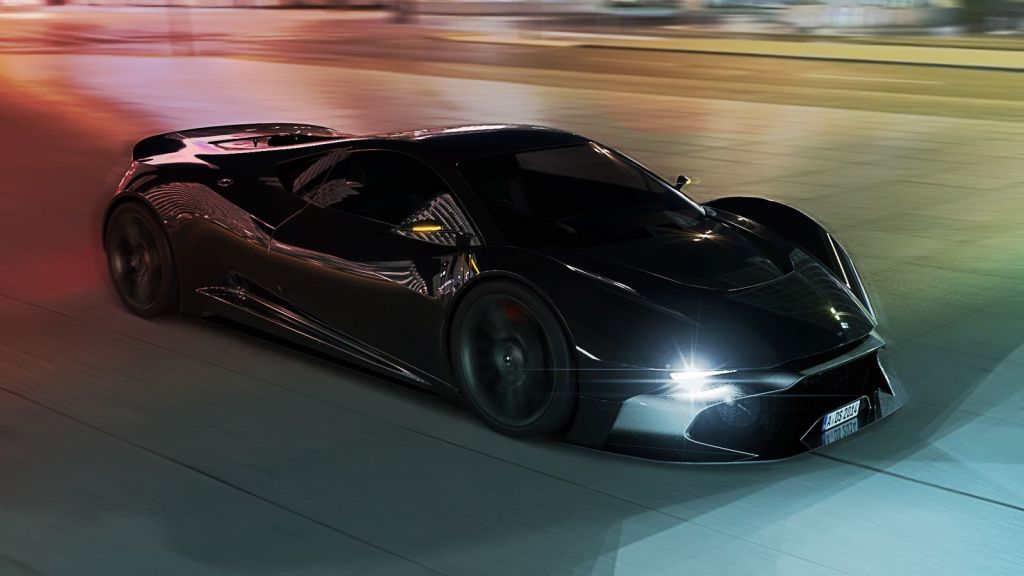 Aston Martin is building a mid-engine hybrid supercar. We’ve all heard a lot about the AM-RB 001 hypercar and how revolutionary it will be. The hypercar is being developed in collaboration with Red Bull headed by Adrian Newey.

But, all of that is in store for the future. The most radical Aston Martin today is the Vulcan. It’s a V12-powered supercar for the race track. What if the Vulcan was conceived in the 2020? Car designer Adrien Fuinel thinks it might look like this.

His design borrows cues from the AM-RB 001 concept and blends them with the Vulcan’s excruciatingly beautiful lines. A mid-engine supercar of the future possibly with a V12 heart.

Some of the key design details include the low slung front end that’s reminiscent of the Vulcan. The rear reminds me of the One-77, especially the tail lamp graphic that stretches across the rear end. Viewed from the side, the concept has a classic mid-engine two-seater supercar profile.

We think Adrien has done a phenomenal job with the concept. It certainly is a mid-engine Aston Martin Vulcan of the future to rival the LaFerraris and McLaren P1s of this world.