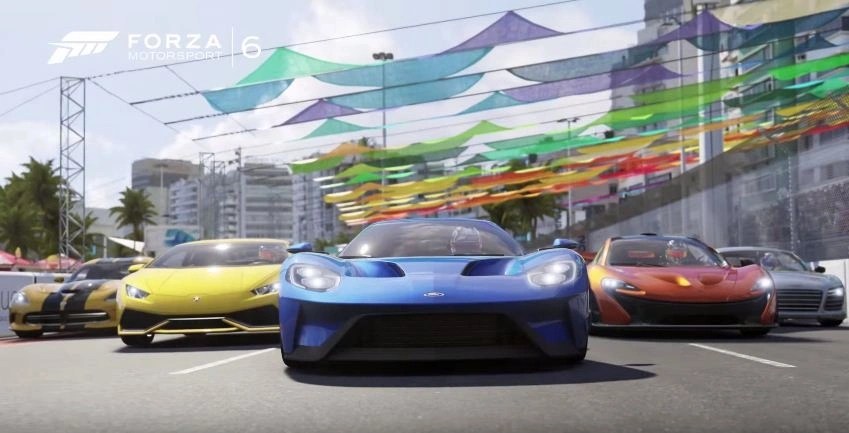 Microsoft Studios has launched the demo of their latest Forza Motorsport 6 game for Xbox One. The popular racing sim was first unveiled to the public at 2015 E3 with a gameplay trailer revolving around the new Ford GT supercar. Well, now as Microsoft gears up for the public release of Forza Motorsport 6, the makers have released a launch trailer that has some juicy supercar action for us lot to get excited.

Forza Motorsport 6 is built for the so-called “next-gen” consoles. The graphics and lighting have been greatly improved over the previous game. New cars have been introduced including the Lamborghini Huracan, Mclaren P1, Audi R8 e-tron Quattro Le Mans racer and of course the new Ford GT, among others. The developers have also included rain physics this time around which should make races quite realistic.

Initial reviews of the game by Youtubers seem promising though. The rain simulation does affect handling quite a bit, especially with puddles on the track, one needs to drive with caution. Like all previous Forza Motorsport games, the latest edition features a special track that’s set around Rio de Janiero. Forza Motorsport 6 will be released on September 15 and additional DLCs will follow.