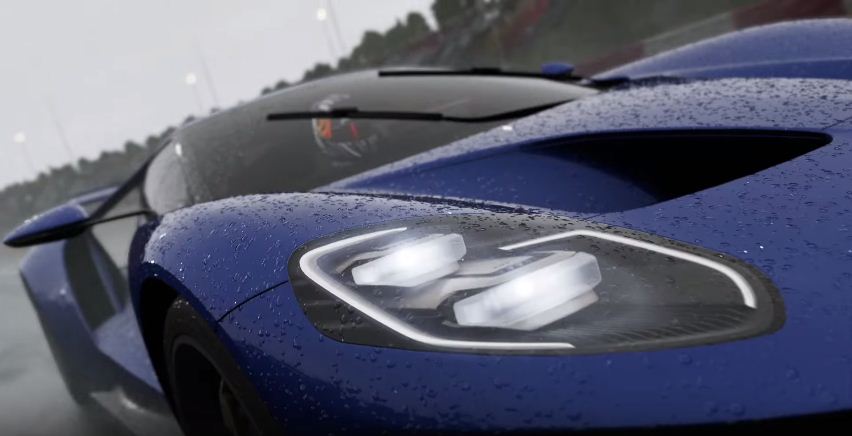 Microsoft announced Forza Motorsport 6 at E3 2015. Back then they showed up a glimpse of what to expect from their racing sim for Xbox One. One of the big attractions of Forza 6 is the new Ford GT which players of the game will get to test out well before the launch of the new supercar. This week at Gamescon 2015, Microsoft revealed another trailer of the upcoming Forza 6 and it certainly looks magnificent!

Forza Motorsport 6 will feature rain simulation along with road surface simulation like wet and dry tarmac, concrete, grass, gravel etc. Forza 6 developers have a gone a step further while designing and simulating wet track conditions. A completely dynamic weather with high definition water physics including puddles, splashes and rooster tails are all part of the new Forza sim. Of course, all of this affects grip levels and the handling model.

The following Forza 6 Gamescon trailer highlights the hard work put in by the developers and game designers to create a next-gen racing simulation like no other thanks to the immense processing power of the Xbox One.