It is that time of the year when gaming studios from all over the world gather to showcase their latest creations. E3 2018 is up on us and we have some exciting news to share with you. Microsoft will be releasing the Forza Horizon 4 on October 2, 2018. The game will be available on Xbox One and Windows 10 platforms.

The last game from the Horizon series was set in Australia and there were reports suggesting that the new version would be set in Japan. However, those rumors turned out to be totally false. As a matter of fact, Forza Horizon 4 is set in Britain. This time, there will be over 450 cars to choose from, which include a wide variety of machines including our favorite supercars and hypercars. The McLaren Senna is the cover car of Horizon 4.

The official trailer and first gameplay footage confirms that the game will include supercars like the LaFerrari FXXK, Aston Martin Vulcan, Lamborghini Centenario among others. There are classic cars, trucks, rally cars and even a hovercraft. 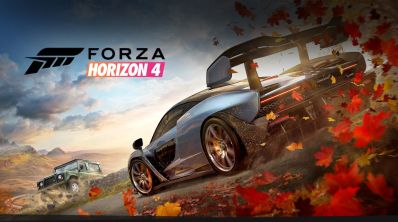