An immensely powerful Ford Shelby GT500 Super Snake is heading for the auction block. So if you’d like to own a 940 horsepower Mustang, now is your chance. Today, the power hungry muscle car fan has the option of a Mustang with a factory-spec V-8. A more conservative buyer can opt for the V-6 and soon a  much smaller EcoBoost engine will be offered on the 2015 Ford Mustang. Now, those who are still not satisfied with the performance of the standard V-8 instead knock on the doors of Carol Shelby. The car is question today also comes from the legendary tuning company but with so much power that could make it almost impossible to drive. 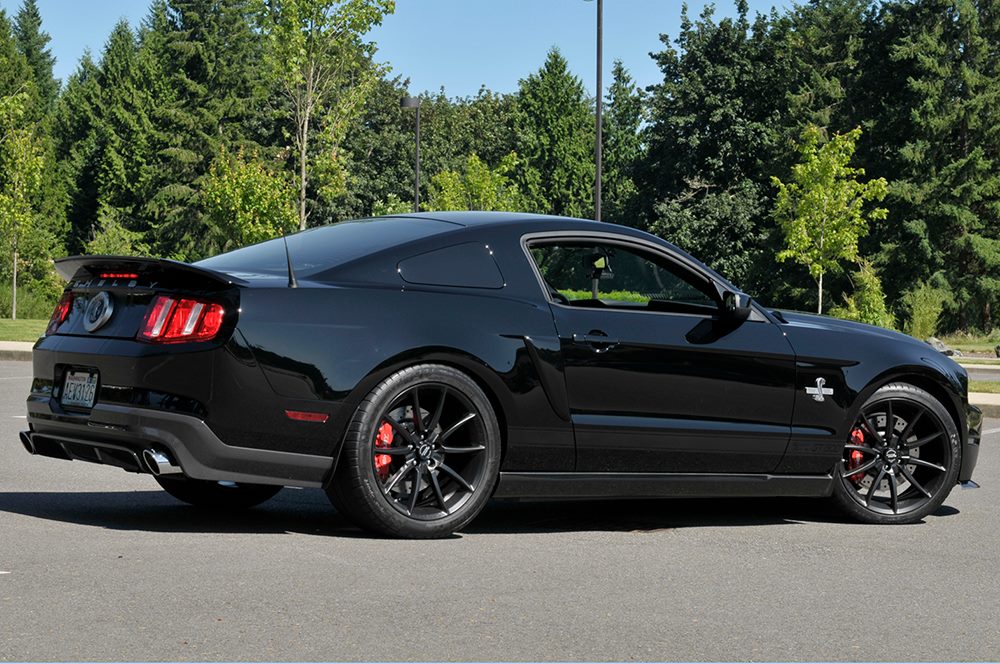 942 horsepower going through the rear wheels of Mustang that is street legal? Of course, it does come with numerous modifications to the suspension and chassis. The engine is a supercharged V-8 wrapped in an all-black Super Snake body. Shelby engineers have personally toiled over the car, fine tuning the engine to produce monumental levels of performance and make it manageable at the same time. High performance sports springs from Eibach replace the standard shock absorbers. Wheels and tires have also been upgraded. The Shelby GT500 Super Snake rides on gloss black wheels shod with Michelin SS rubber. The exterior modifications include carbon bits in the front and rear, power dome on the hood and hood pins to contain the monster that lurks beneath.