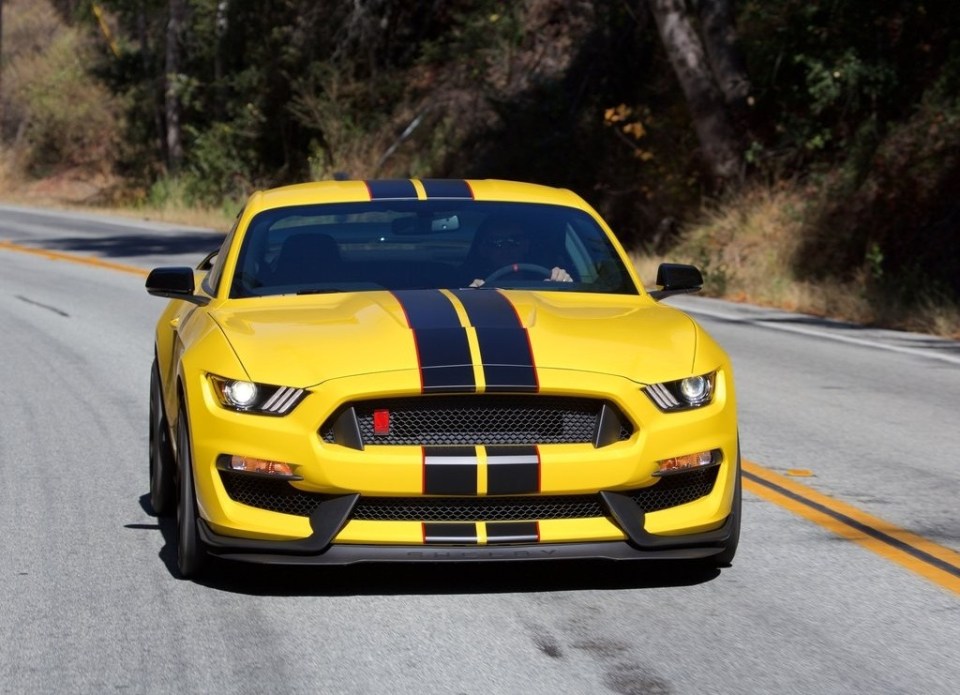 A new V8 powers the Ford Mustang Shelby GT350. Based on the Coyote V8 that features in the 2015 Mustang GT, the Voodoo V8 is a tweaked and tuned version which makes about 100 hp more the base motor. As more details about the technical aspects of the new Mustang Shelby GT350 emerge, we ask, could this be the best V8 engine ever produced by the Ford Motor Company?

Ford revealed a new line up of fast cars at the Detroit motor show. While, the star of the show was undoubtedly the Ford GT supecar, the Mustang GT350R was equally a crowd-puller but today, let’s focus on the Shelby, shall we? 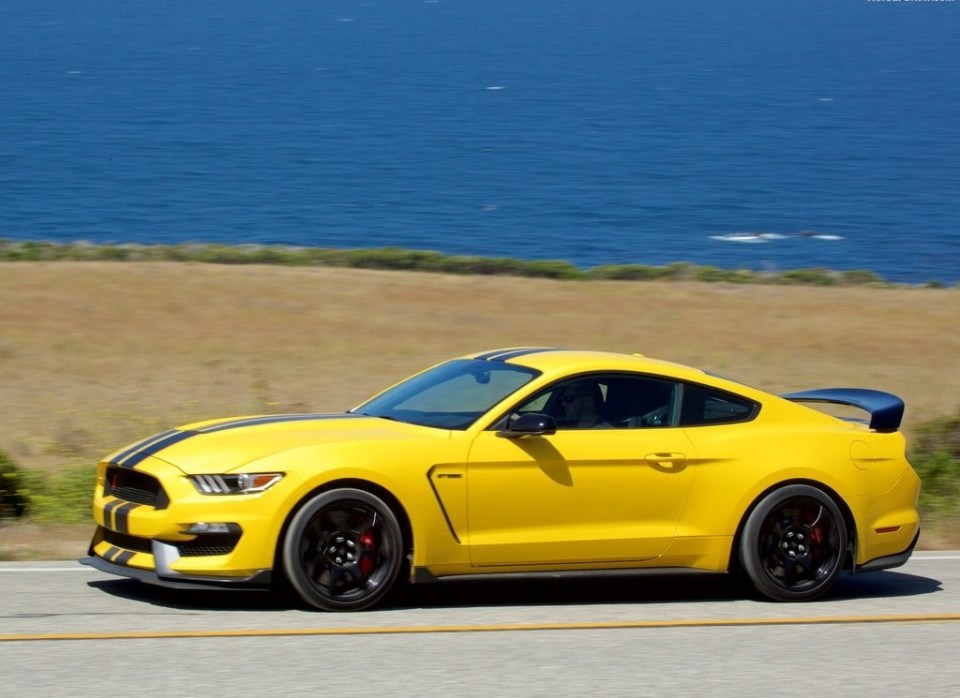 The Ford Mustang Shelby GT350 is powered by the latest generation V8 engine. Dubbed Voodoo, the motor is based on the Coyote V8 with some major tweaks. The 5.2-liter V8 uses a flat-plane crank, the advantages of which only Ferrari purists would understand. In a way, this can be seen as a giant leap towards sophistication. Clearly, the new Shelby GT350 isn’t the old American muscle car we all are familiar with.

Now, the exhaust note of the old American V8s and some of the modern cars has this particular burble. The reason for that iconic sound lies in the exhaust timing which is dictated by the crankshaft. This is about to change as the flat-plane crank on the GT350 evenly spaces the exhaust pulses which completely alters the sound. Expect a Ferrari-like V8 roar from the new Shelby GT350. Mustang purists be like… what da heck! 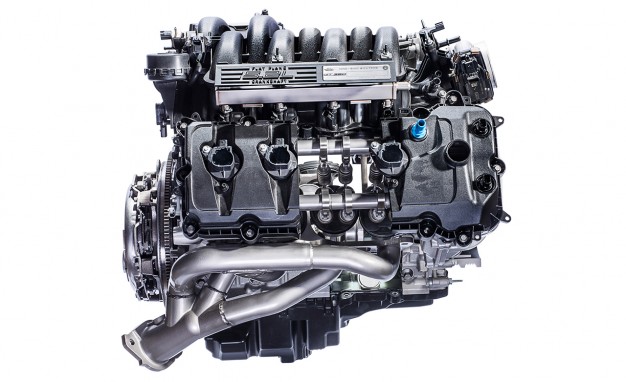 Gone are the days of big, bulky American V8 engines with low specific outputs and terrible fuel economy. The Ford Voodoo V8 is the future of V8 muscle. It makes full and efficient use of its capacity- increasing its specific output. Keep in mind, it produces 526 hp from 5.2-liters and can rev up to 8250 rpm!

Ford has made a lot of changes to the 5.0-liter V8 from the Mustang GT in order to achieve the performance and efficiency of the Voodoo 5.2-liter V8. For starters, the engine weighs less than the 5.0-liter block. It makes use of an aluminum reinforced block with increased bore and stroke to achieve a maximum capacity of 5163 cc. An aluminum head sits atop with 4 valves per cylinder and includes Ti-VCT variable valve timing with 14 mm of valve lift. No direct fuel injection though. The intake system consists of large 87 mm throttle bodies and a 4-2-1 short-tube exhaust system for minimum back pressure and an amazing exhaust note. 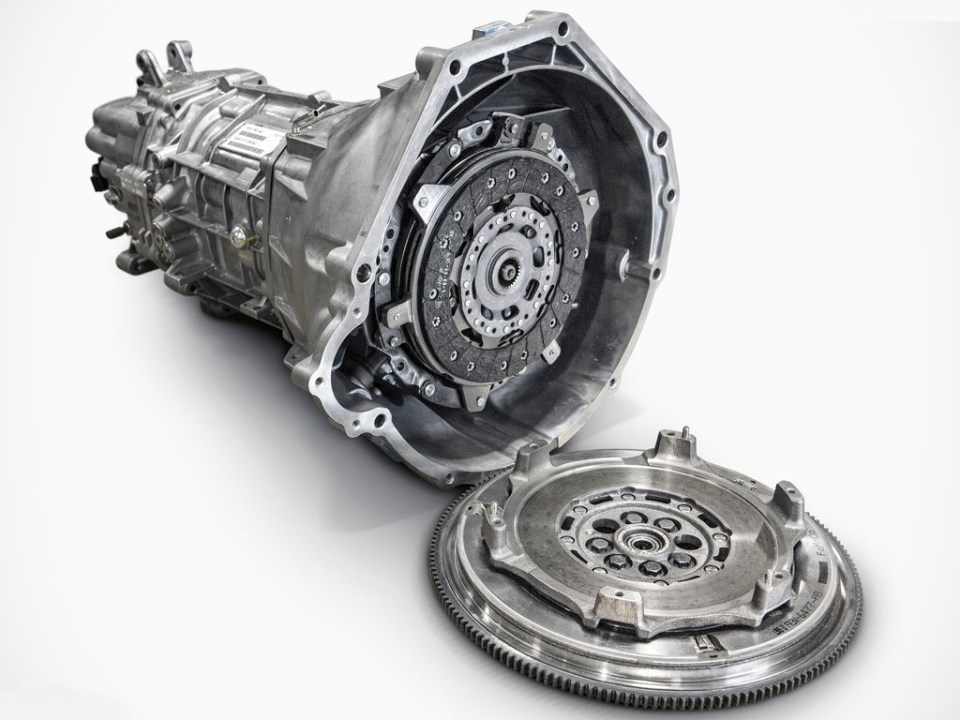 The Ford Mustang Shelby GT350 and GT350R will see a limited production run. That could be one reason why the engineers refrained from going all-out with the best technology available. That said, we have nothing to complain. Ford has clearly take a huge evolutionary leap when it comes to the power and performance of the Voodoo V8 with a whole lot of sophistication- something American V8s have lacked over the years.