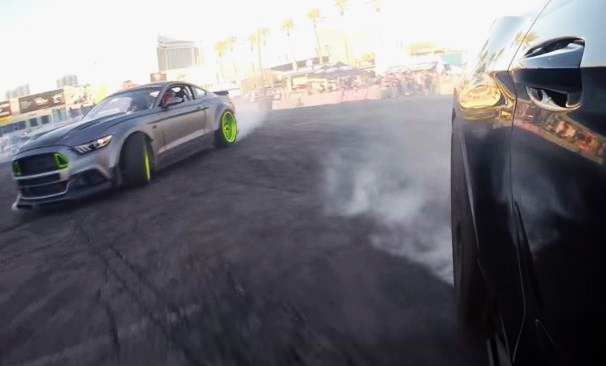 Vaughn Gittin Jr. unveiled the brand new 2015 Ford Mustang RTR at SEMA. The specially tuned version of the Mustang was one of the other few that were eventually launched in the following months, including the recent Ford Mustang Shelby GT350 and by Saleen and Roush. Another car that was launched during the annual performance showcase was the Mustang RTR Spec 5 Concept car with more hardcore upgrades, a catchy exhaust note and some green wheels.

At hand was pro drifter Ryan Tuerck, who along with Vaughn Gittin Jr. took guys at 1320video on a dream ride. What an absolutely insane experience! Riding along a pro drifter in the latest Mustang RTR. Watch the “wild drift ride” video for yourself to be amazed.