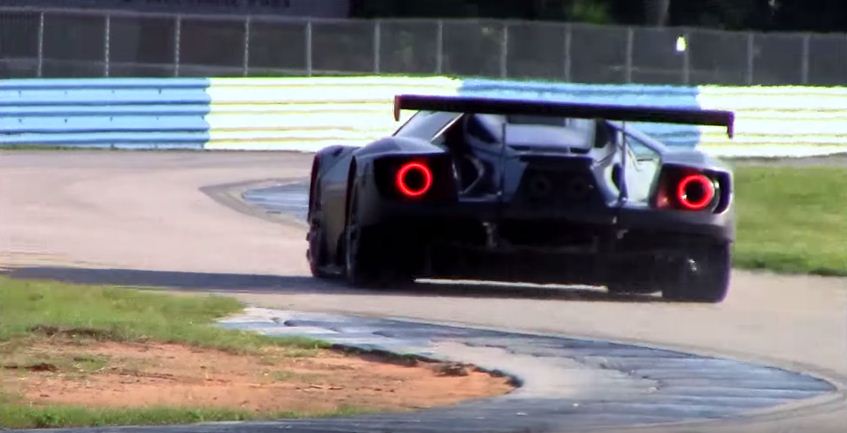 Ford Racing will be back on the World Endurance Racing scene after a being absent from the sport for decades. The last time the Ford GT raced at Le Mans was back in 1966 where it won convincingly, outpacing rival Ferrari. The 2016 FIA WEC will see a similar battle with the Ford GT race car taking on the Ferrari 458 Challenge, Corvette C7R, Porsche 911 RSR, among others in the GTE/ GTLM class.

There are a lot of hopes riding on the new Ford GT race car as it will try to repeat history at 2016 Le Mans 24 Hours. Ford is leaving no stone un-turned to make their car as quick as possible and before the season kicks off, Ford is busy testing and tuning the Ford GT race car at various circuits in America. Earlier we had seen the new GT testing in Canada and recently it was spotted at Sebring.

The new Ford GT race car is based on the road car that was showcased at the Detroit Motor Show. Under the redesigned exterior sits a twin-turbo V6 engine with close to 600 hp. The race car features more extreme aerodynamics and exhaust systems. Click on the video below to hear the twin-turbo V6 at full chat. The exhaust note is simply brutal!