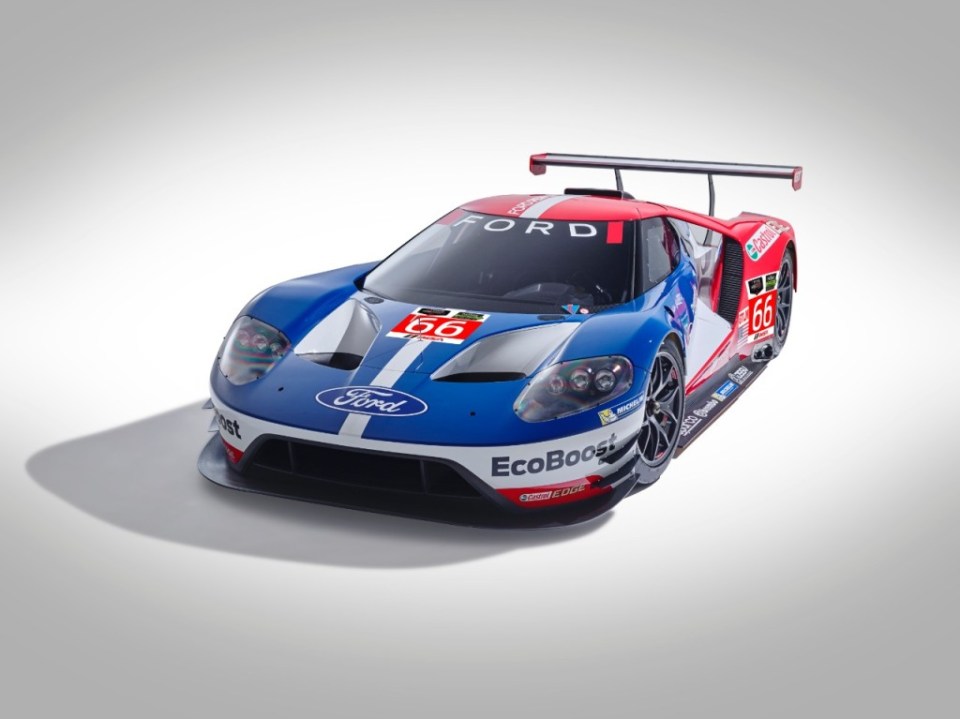 Ford has revealed the all-new Ford GT Le Mans race car at a private event today. This marks the blue oval’s return to endurance racing after a long break. The company had previously hinted about a possible return to Le Mans when they unveiled the brand-new Ford GT supercar at Detroit. Today’s main event included the unveiling of the Ford GT race car. 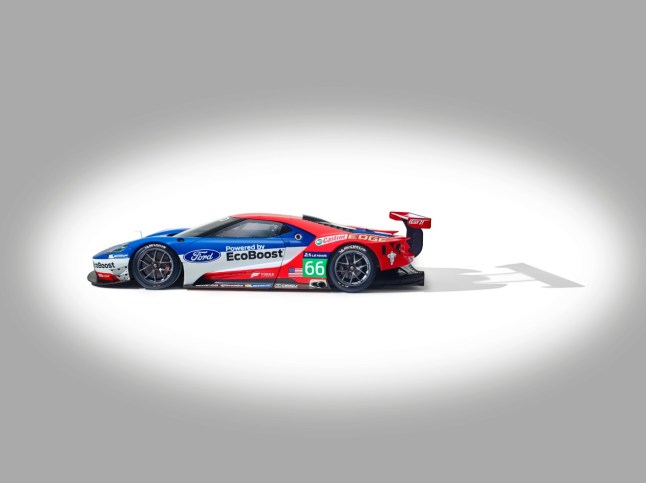 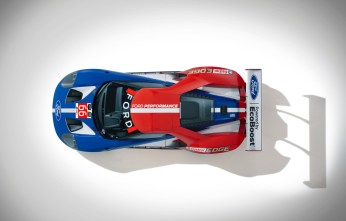 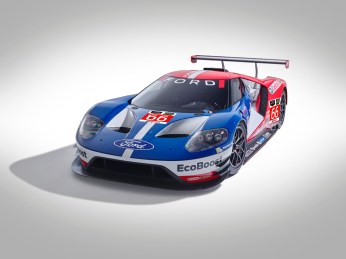 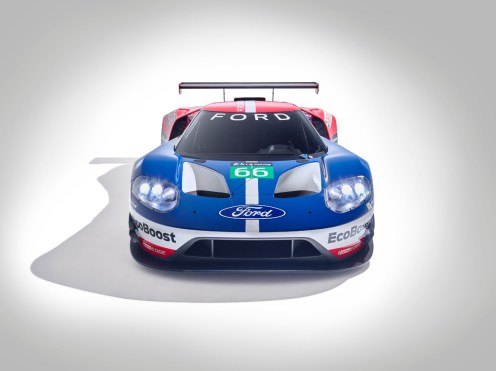 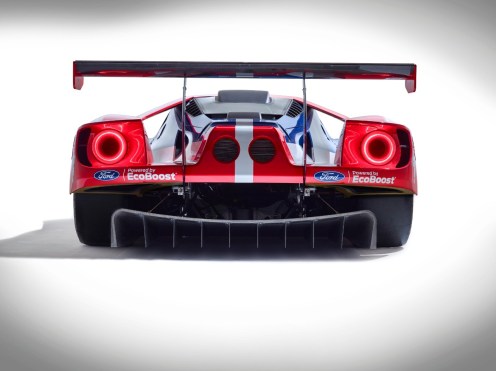 At the heart of their Le Mans contender is a turbocharged V6 engine, famously known as EcoBoost. In the production-spec the engine makes 600+ horsepower. The car is itself is based around a super-lightweight carbon fiber structure with complex aerodynamic features. 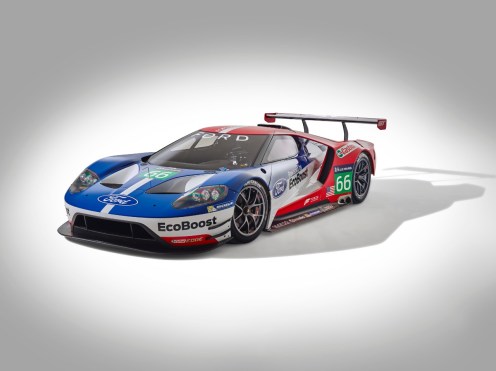 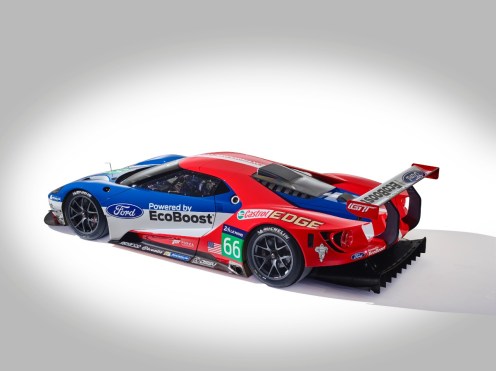 Some modifications have been made to the production-spec Ford GT. The exhaust has been moved from the tail to the sides. The race car features a large rear spoiler and a low front splitter for increased downforce. A roof scoop has also been added. Overall, the GT retains the shape of it road-legal counterpart and in launch livery looks rather promising. 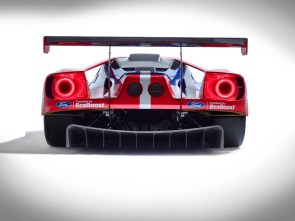 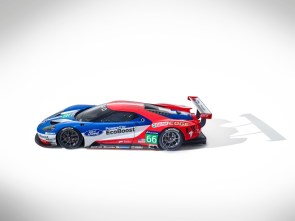 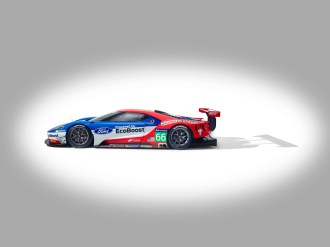 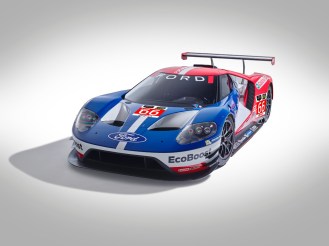 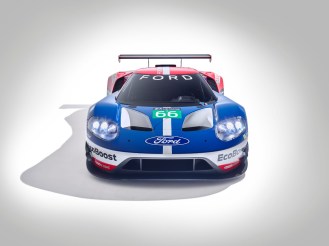