Not a supercar at all. But when Ford is back with another iteration of the F-150 Harley-Davidson Edition truck, we got to cover it anyway.

We often feature off-roaders and trucks which have performance figures that place them close to sports cars and supercars. The 2019 Ford F-150 Harley-Davidson Edition pickup truck isn’t fast. It oozes of cool though and the 2019 Chicago Auto Show debut of the motorcycle-themed truck deserves a special mention here.

Originally built by Tuscany Motor Company for display at the 115th Anniversary celebration of Harley-Davidson held in Milwaukee last year, the concept got so much of positive response from the crowds that Ford will now be selling these trucks through dealerships in 2019. 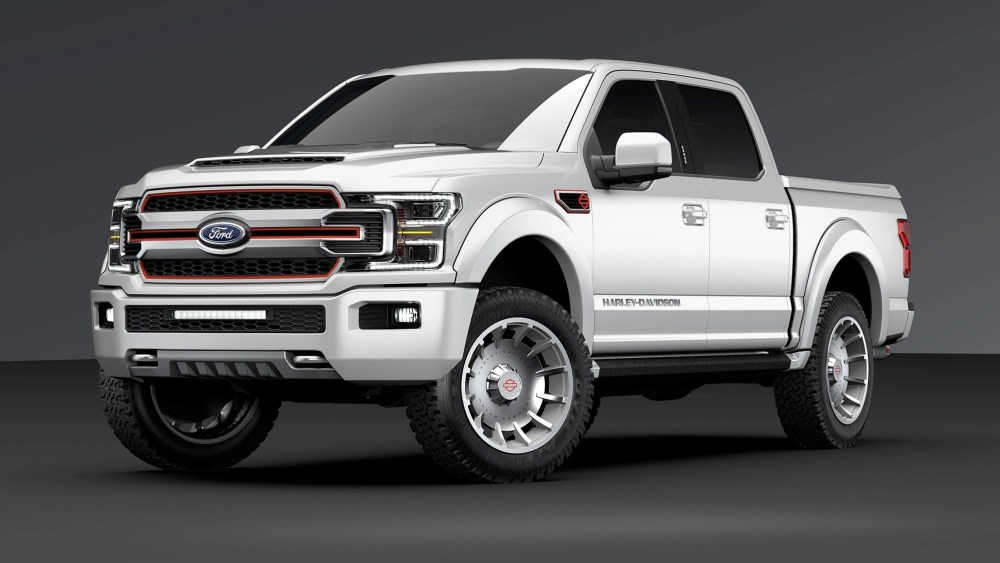 There are around 70 unique parts which set the special edition truck apart from the standard F-150 pickup. Among those are the 22-inch milled-aluminum “Fat Boy” wheels, a new front grille with orange accents, a functional ram-air hood, a tonneau cover over the pickup bed, bigger fender flares, and a new front bumper with integrated LED light bar. Plus there are enough Harley Davidson logos and badges all around the truck.

A custom lift kit and Fox performance shocks change the way the truck rides and handles. What we are looking forward to is the new exhaust system which is being claimed to have received special tuning so that the sounds has the characteristics of the iconic motorcycle. 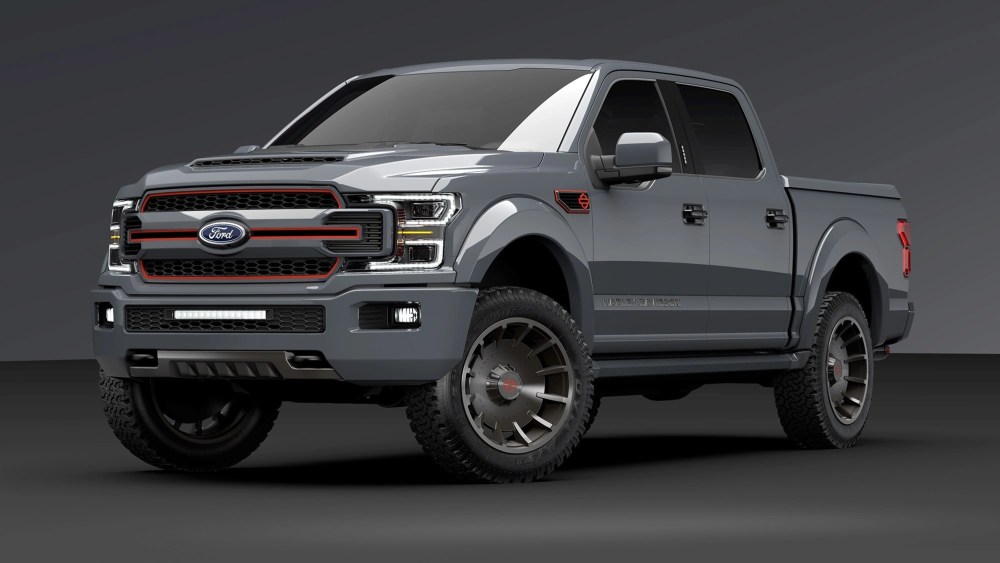 Interior specialties include all-new upholstery with diamond-stitching, a lot more Harley badges, branded floor mats, and a numbered center console badge. All-new gauges with a brushed-metal look and orange accents wrap up the show inside.

Let’s move to the engine bay now. A 5.0-liter V8 is the standard fare and there is the option to upgrade to a 3.5-liter EcoBoost twin-turbo V6. Customers can also pick between rear-wheel drive and four-wheel drive options.