With the Mustang Mach-E 1400, Ford wants to prove to the public that electric cars aren’t always boring. 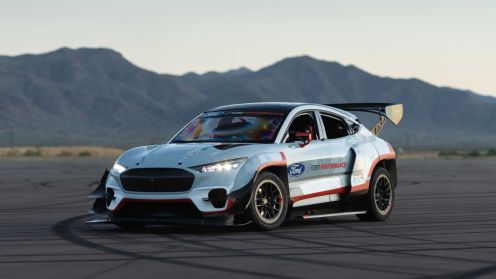 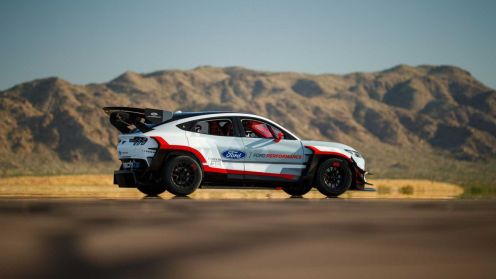 The Mustang Mach-E 1400 has been developed in collaboration with RTR. It is based on the Mach-E GT and is powered by a total of seven electric motors – 3 on the front axle and 4 on the rear. The result is a combined output of 1400 hp. Power can be delivered to both axles or either depending on the requirement. The motors get their juice from a 56.8 kW battery that uses nickel manganese cobalt. 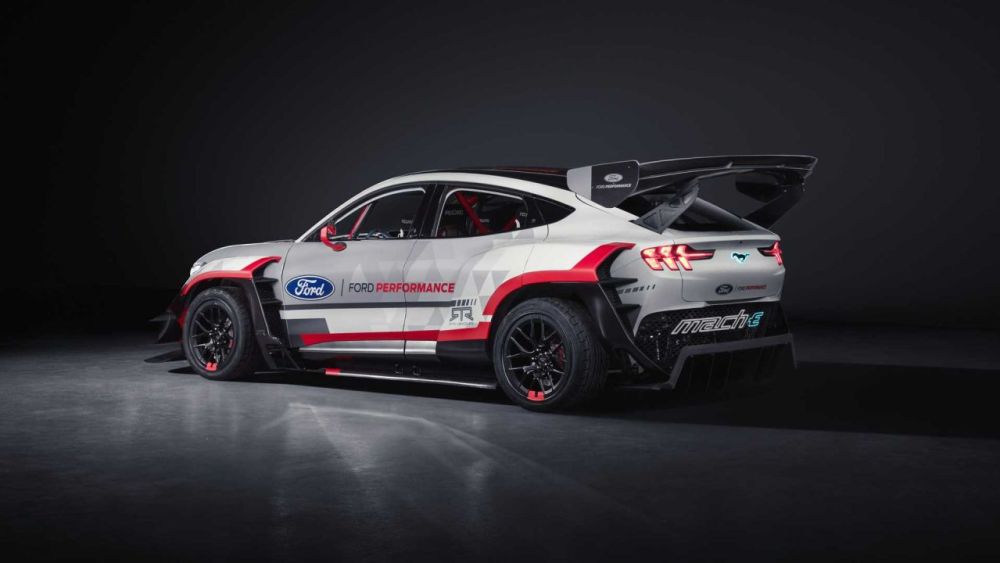 Putting all that power down to the tarmac requires a lot of downforce. The car has a massive splitter and canards at the front and equally enormous spoiler at the back. The aero package was designed with a target downforce of 2,300 lbs at 160 mph. 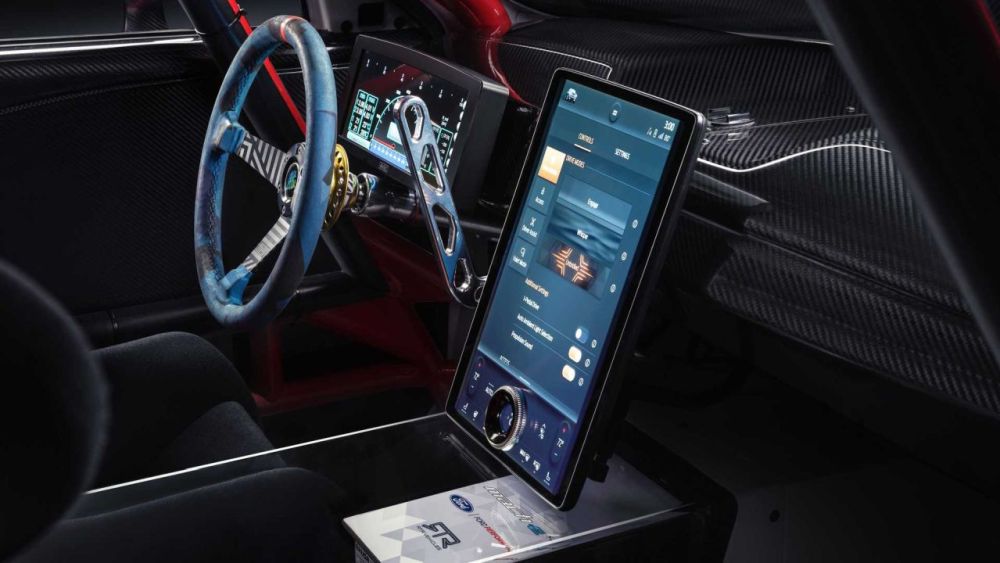 The Mach-E 1400 features Brembo brakes with a hydraulic handbrake designed for drifting. Pulling on the lever also shuts off the rear motors. The car has an electronic brake booster that allows series regenerative braking combined with ABS and stability control.

The mental 1400 hp Mustang Mach-E is a prototype and a test bed. It is unlikely to go into production.