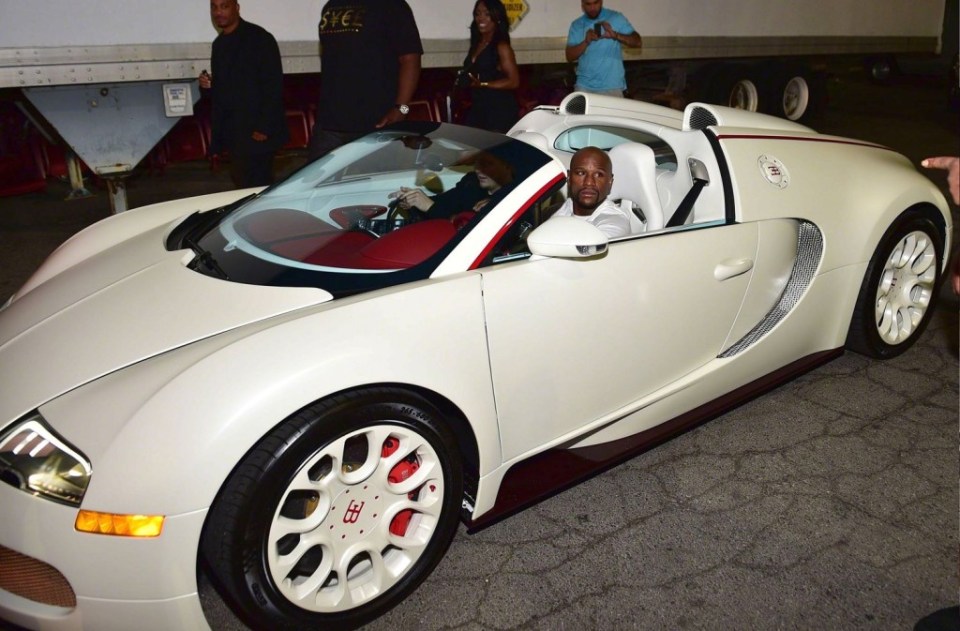 We have talked about Floyd Mayweather’s car collection quite a few times on this website. But, it is big news whenever the champion boxer orders a new one to add to his collection.

While he owns one of the largest and most expensive garages in the world, not many of us agree with his taste in uber-exclusive motors. Mayweather on the other doesn’t give a damn about what the world thinks about his cars. Soon, he plans to add another Bugatti to his garage. This time however he has ordered the new Bugatti Chiron.

According to TMZ, Floyd Mayweather is dropping $3.5 million on a new Bugatti Chiron. As we all know, it is the replacement for the Veyron and debuts at 2016 Geneva Motor Show. Order books have already started filling up and Mayweather certainly didn’t want to be left behind.

The Bugatti Chiron, unlike his old Veyrons will have at least 1500 hp from an 8.0-liter W16 Quad-turbo engine and hybrid electric drive combined. All-wheel drive and a reworked dual-clutch transmission will make it on to the new model.

Considering most of Mayweather’s cars are painted white, we can expect his upcoming Chiron to be finished in a white hue. Expect an over-the-top styling that probably might not suit your taste. We won’t surprised either.