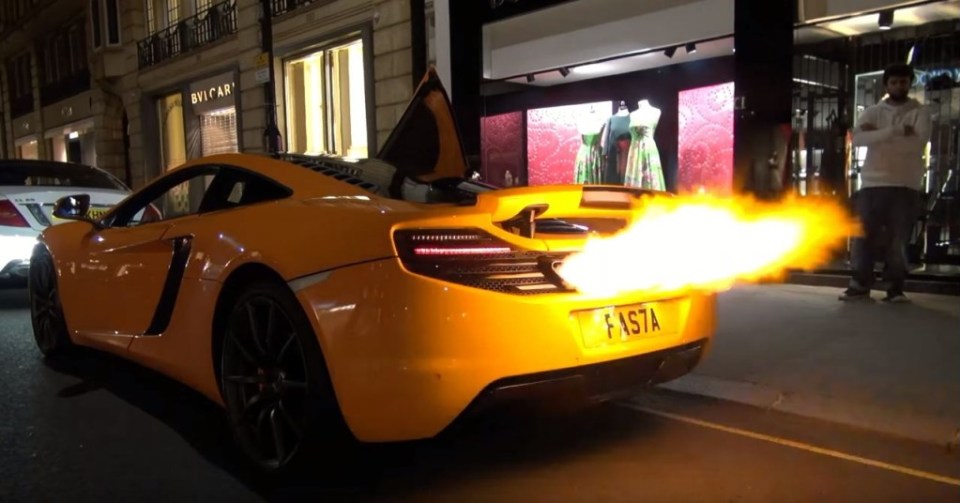 Flame spitting McLaren 12C in the UK puts up a great show for passers by, that is until it melts its own rear bumper. Showing off his flame spitting Mclaren would cost the owner quite a lot if you consider the repair costs on supercar like the McLaren 12C.

Just to give you a bit of a background, the McLaren 12C is the predecessor to the 650S. Powered by the same 3.8-liter twin-turbo V8 engine as the 650S. The 12C’s engine makes 600 PS which falls short of 50 PS compared to its modern counterpart.