We all know cars depreciate fifteen percent or more as soon as they drive off the dealer lot. This explains why most people choose to avoid purchasing new cars as a practice. Supercars aren’t exactly your typical car, however.

There’s a term in the automotive world for the high-intensity mileage owners tend to put on these cars. They call them “Viper miles” in homage to Dodge’s 10-cylinder blunderbuss and its propensity for burnouts. Even if they haven’t been abused, supercars tend to be somewhat fragile. So what types of things should you look out for if you’re planning to buy a used one?

Know the Make and Model’s Reputation

Every model of car has its own set of demons. Some just have more than others. For example, you can buy a used Mercedes S Class for next to nothing, but are you prepared to deal with the myriad costs of ownership?

Seek out a buyer’s guide from a reputable source and know it like the back of your hand before you go to test-drive a car. If the model was around long enough, there could even be year-specific issues. Find Out: Has It Been Wrecked?

Crashing a car is hard on the occupants, but it can also have long-term effects on the vehicle. Learn how to spot signs a car has been repainted, and look closely for them. Next, get a vehicle history report. If a supercar was in a wreck, find out everything you can. It may or may not have been major, but if it was, you should avoid the car.

Living with a car that needs lots of interior work can be a chore and costly, particularly for an exotic. Make sure your new ride’s air conditioning is fully functional, it’s one of the things that gets worn out with age and mileage. Then test all of the electronics inside to ensure they work.

Give the car’s upholstery and interior trim a thorough look, too. You can shampoo some dirty carpet, but serious rips and tears can ring up quite the tab from the shop. Make sure you check for rust spots as well. Rust could be a sign that the car has been in a flood. If so, run away.

If your object of desire is a stick shift, don’t assume it’s been treated daintily. With the car in third or fourth gear at low RPM, give it full throttle and make sure the clutch holds. If the RPMs rise without a corresponding shove, you might have a failing clutch on your hands. 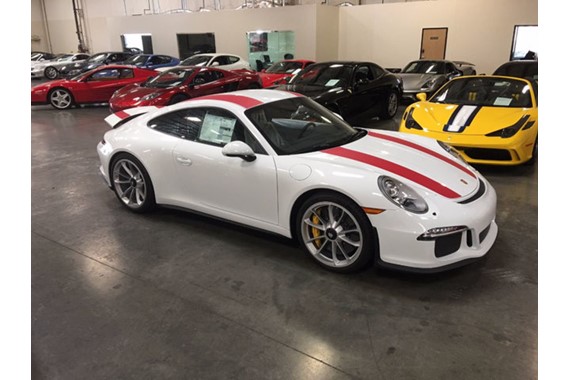 Pop the Hood and Look for Leaks

Brown spots on the engine block usually mean oil. Other fluids to check for are coolant and beneath the car for transmission and differential fluid. Pull the oil cap off and make sure there’s no white “mousse” either, as this can be a sign of head gasket failure.

See How It Drives

Last but not least, never buy a car like this without taking it for a drive. Take your time, and don’t get excited about the car. Rather, be meticulous. What radio station did the previous owner leave on? It might say something about their driving style.

Make sure the car handles well at low speed, making 90-degree turns, and test out reverse at opposite lock if the car is four-wheel drive. Listen for strange noises, and if you’re suspicious of the engine condition, hold the engine at medium-high RPM for a few seconds and let off the gas to check for detonation.

Does it pass the test? If so, welcome to the exclusive club of supercar owners. Now save your shillings for premium.