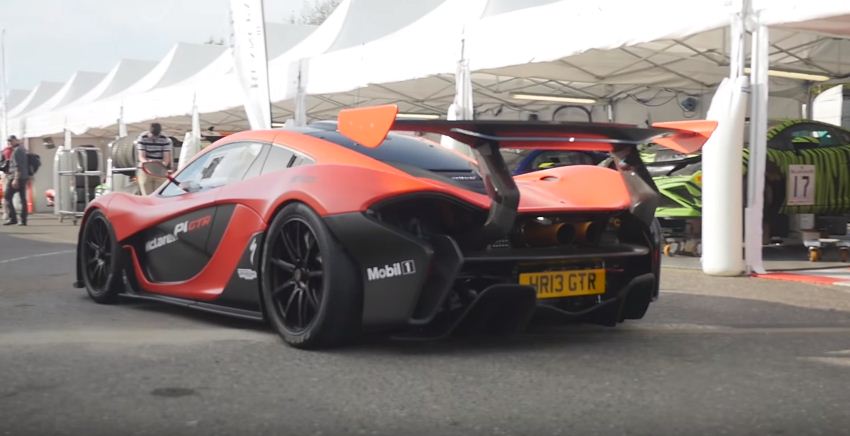 SRO Motorsports Group and Ultra Sportscar Club met up at the Brands Hatch circuit for a track day. They brought along some really interesting machinery and among the numerous McLaren P1s and P1 GTRs was what could be the first road-legal McLaren P1 GTR in the UK.

The road-legal McLaren P1 GTR appears about 4 min into the video but I would suggest you to watch the whole thing as you probably don’t want to miss the Aston Martin Vulcans screaming down the main straight.

Anyway, the McLaren P1 GTR in road-legal trim seems quite impractical to drive around a crowded city like London. The exterior is exactly the same as the race car. There are no roll-down windows and all you get is a cat flap on a perspex sheet. The interior too is pretty much similar to the track car- complete with a racing steering wheel and a stripped out cabin.

Despite being road-legal, the ride height on P1 GTR is pretty low and looks like it runs on semi-slick tires with barely any tread. It’s clear then, the road-legal P1 GTR is not for everyday use. Moreover, driving around town in a low slung race car with limited visibility would be quite a faff.

Is this the first road-legal Mclaren P1 GTR in the UK?