Lamborghini Urus will be launched soon, while Aston Martin prepares the DBX. Ferrari however had denied any such plans of an SUV.

Now though, CAR Magazine has learned that a Ferrari SUV project is already underway at Maranello. The new Italian crossover hasn’t got a name yet, however the project is codenamed F16X. 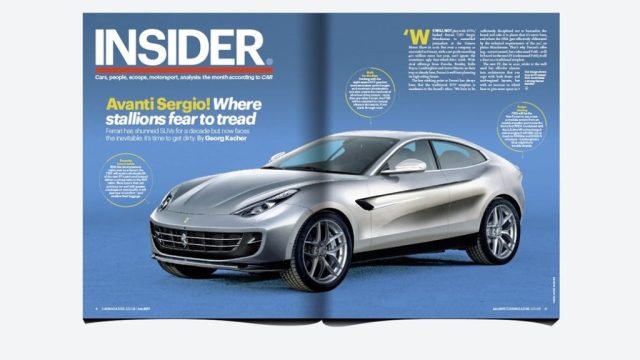 Ferrari plans to launch their crossover sometime in 2021. It is being developed alongside the next-gen GTC4 Lusso which is due for replacement in 2020.

The F16X will be based on an aluminium framework with all-wheel drive. It will feature a front-mounted V12 engine and possibly a version the LaFerrari’s hybrid system.

Despite being all-wheel drive, it shouldn’t confused with a proper Land Rover. The high-riding soft-roader will have room for four people with suicide doors for ease of access.