Chevrolet has revealed the first-ever hybrid Corvette. The new electrified model is called the Corvette E-Ray.

The E-Ray is based on the Corvette Z06. It looks similar to the sporty version of the ‘Vette, albeit with a blue E-Ray badge. The interior is identical too, except that the central tunnel houses a 1.9 kWh battery pack. 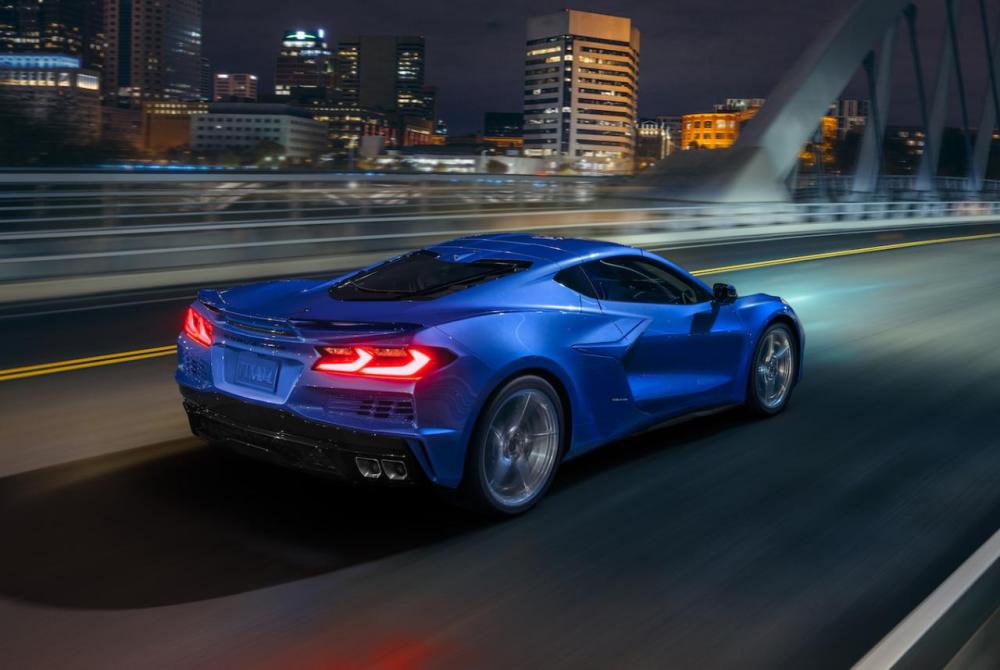 Corvette E-Ray is powered by the 6.2-liter V8 engine from the Stingray, producing 495 hp. It is paired with an electric motor that drives the front axle. It makes 160 hp and 125 lb-ft, which adds up to a combined output of 655 hp and 595 lb-ft of torque.

According to Chevy, the E-Ray can sprint from 0-60 mph in just 2.5 seconds, making it the fastest accelerating ‘Vette to date. Moreover, it’s quicker than a Z06 over a quarter mile. 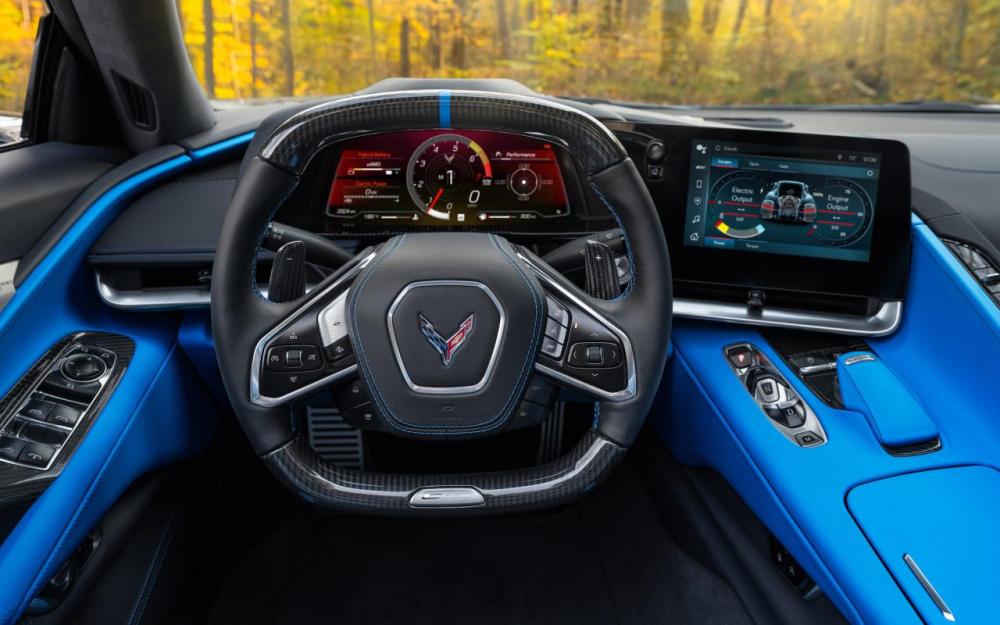 The carmaker also states that despite being a hybrid, the powertrain is tuned for performance. The car can run in “Stealth Mode” (Chevy-speak for pure electric mode) for up to 3-4 miles. The V8 engine springs to life once you hit 45 mph.

From the start, the C8 platform was designed with the hybrid powertrain in mind. Still, the engineers had to make a few modifications to the front suspension to accommodate the half shafts. That being said, the monocoque has been carried over unchanged. The E-Ray also comes with carbon ceramic brakes as standard.