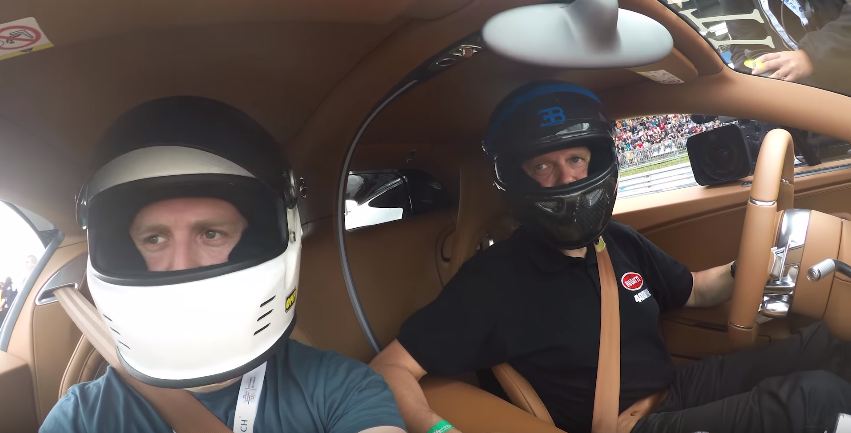 Alex from CarThrottle is the luckiest bugger of the planet. He recently became the first person outside of the VW Group to get a passenger ride in a Bugatti Chiron and the wheel was none other than President and CEO of Bugatti and Bentley- Mr.Wolfgang Dürheimer.

Last week, Bugatti attended the showcase event leading up to the Nuburgring 24 Hours race. They brought along a Chiron wrapped in stunning brown carbon. The 1500 hp Bugatti Chiron is capable of doing speeds in excess of 261 mph. On long straight of the Nordschleife, the Chiron managed to hit 200 mph with unsurprising ease.