The first Aston Martin DB11 has rolled-off the production line in Gaydon. As production of the new model has commenced, Aston Martin is gearing up to deliver the first DB11s to customers in October. Dr. Andy Palmer will be personally inspecting the first 1000 cars to leave the factor as an assurance of quality and workmanship.

Aston Martin President and CEO, Dr Andy Palmer, said: “It’s an exciting moment for the entire company when the first car of a new model goes into production. The DB11 is a special car and it heralds the start of a new and exciting era for Aston Martin.” 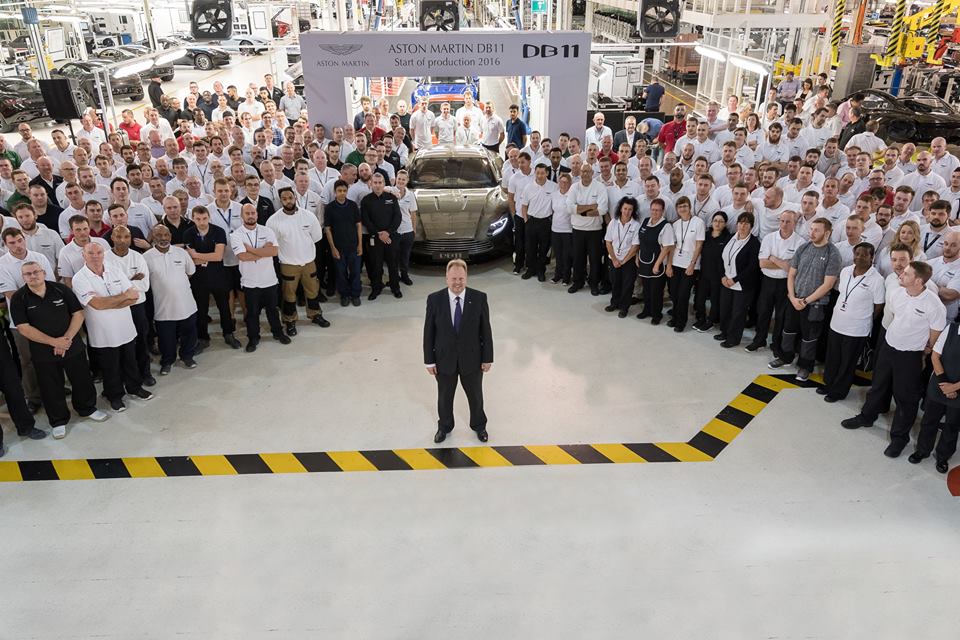 The Aston Martin DB11 was unveiled at the 2016 Geneva Motor Show. The model which replaces the DB9 is powered by a brand-new 5.2-liter twin-turbo V12 engine. The new powerplant pumps out 600 hp and 516 lb-ft of torque. Mated with a 8-speed paddle-shift gearbox, the DB11 reaches 60 mph in just 3.9 sec.

The new DB11 is one of seven new models that are scheduled for launch in the next 7 years. It is part of Aston Martin’s ‘Second Century Plan’ marking the company’s 100+ year history. The DB11 is the first model to be launched in Aston’s second century of operation and more are to follow. 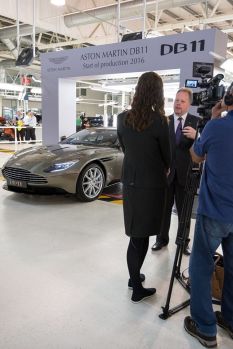 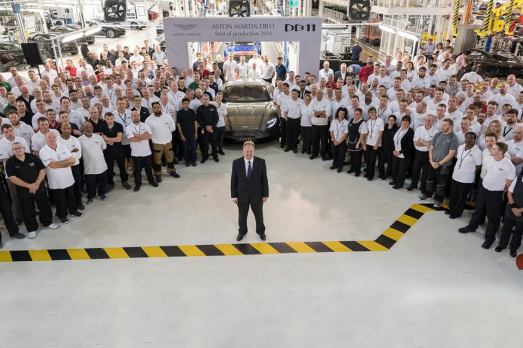 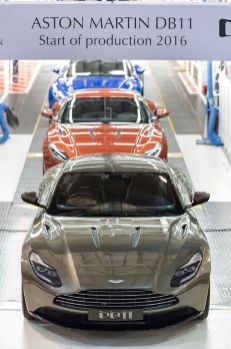