The first 2017 Ford GT has rolled off the assembly line at Ford Performance facility in Markham, Ontario. Deliveries of the long awaited supercar would soon commence as production goes into high gear.

The 2017 Ford GT is currently being built at Multimatic in Canada. It is Ford’s low-volumes assembly facility dedicated for the production of the new Ford GT.

Also see: Deadmau5 and Shmee150 are getting the new Ford GT 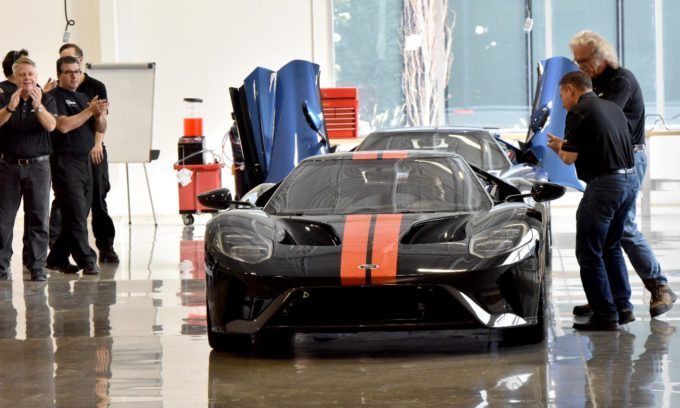 “When we kicked off 2016, we had two primary objectives for our Ford GT supercar – to excel at Le Mans, and to start deliveries before year-end,” says Raj Nair, Ford executive vice president, global product development, and chief technical officer. “We’ve achieved both.” 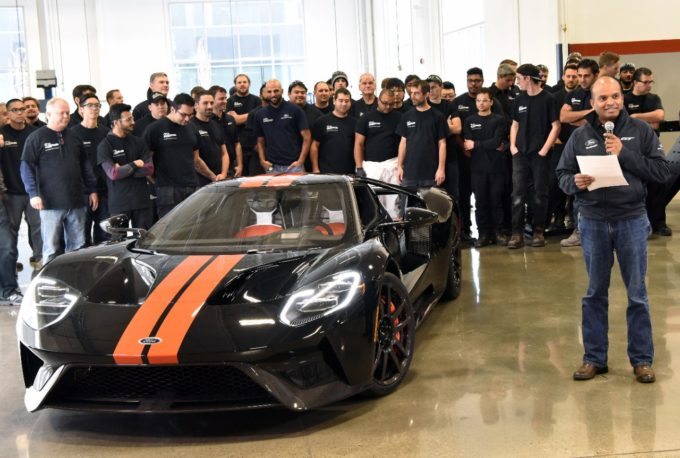 “For everyone involved in designing and developing this car, including all of our employees and suppliers, this is a moment to celebrate,” he adds. “The all-new Ford GT is a showcase of our strength in innovation and our commitment to delivering more for our customers – especially related to light-weight materials, aerodynamics and EcoBoost® engine technologies.” 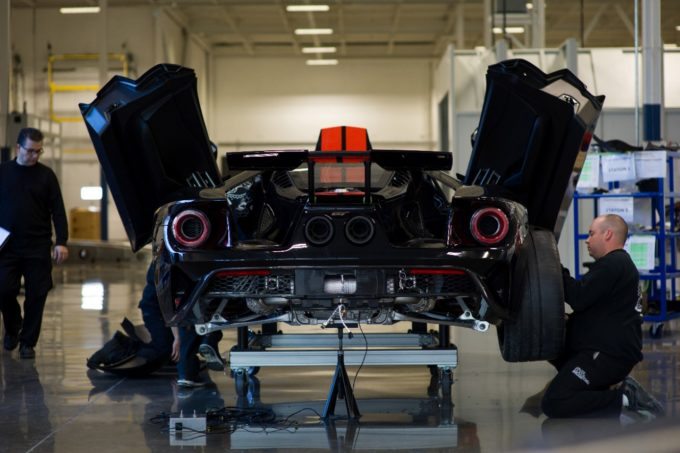 The new Ford GT was first showcased at the Detroit Auto Show in 2015. Now, two years following its unveiling the first GT finished in black with red stripes will soon be delivered to its owner. 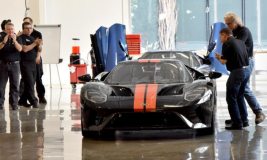 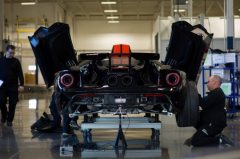 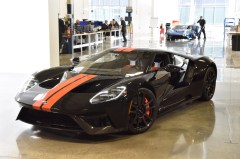 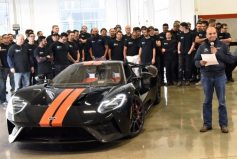