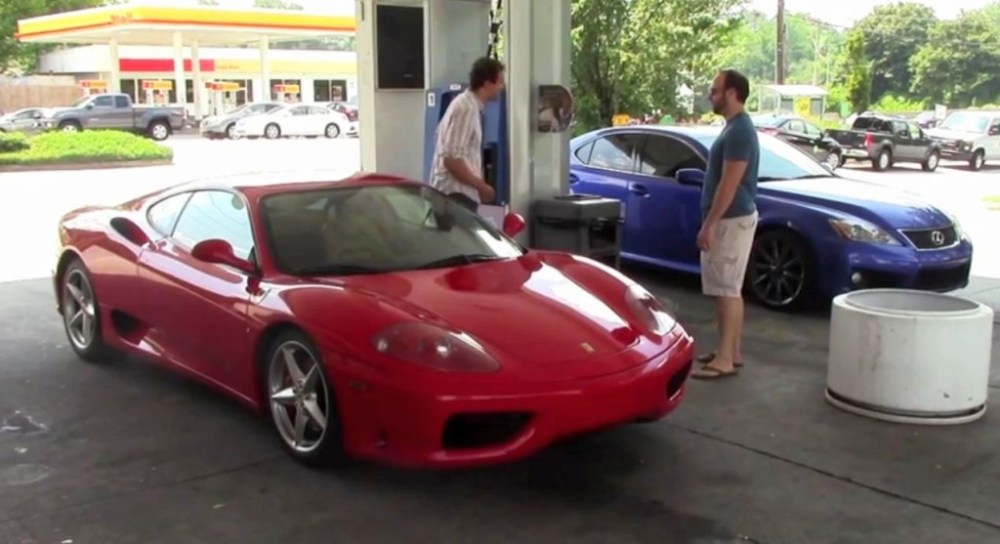 Ferrari 360 Modena at a gas station

It is a question many would be asking. How hard is it to fill up a Ferrari 360 Modena with fuel? As it seems, very annoying. Well, living with a supercar is like owning a horse. Both require regular and expensive maintenance and both need to fed well at any cost. And with a supercar parked in your garage, you would be paying a visit to the gas station more frequently. It is not the regular chore of filling fuel in a Ferrari 360 that’s difficult, but the people you encounter and the conversations that follow can be a tad annoying.

There’s always a Prius guy who would boast about fuel economy and then there’s the guy in a Lexus trying to convince you that his Japanese sedan faster than the Ferrari. Oh, and the friendly neighbor who cannot stop talking about his dad’s Camaro. Jalopnik’s Doug deMuro has just posted a video of his experiences at the gas station and it’s definitely worth a watch.