Ferrari’s upcoming hybrid supercar “Big Brother” has been caught on video, this time being chased down by a motorcycle.

Ferrari is still putting its newest hybrid supercar through its paces ahead of its reveal. The car was spotted on the twisty mountain roads around Maranello by a motorcycle rider. Unfortunately, the video has since been removed from Youtube.

Earlier this month, Ferrari Chairman and CEO Louis Camilleri confirmed that new model will be positioned above the 812 Superfast. It could be powered by a V8 engine paired with a hybrid system, but reports suggest that a V12 can’t be ruled out either.

Despite the camouflage, the new model has an unmistakable mid-engined look. The front end is low and wide. It appears to have wide haunches at the rear and almost looks like the new F8 Tributo. 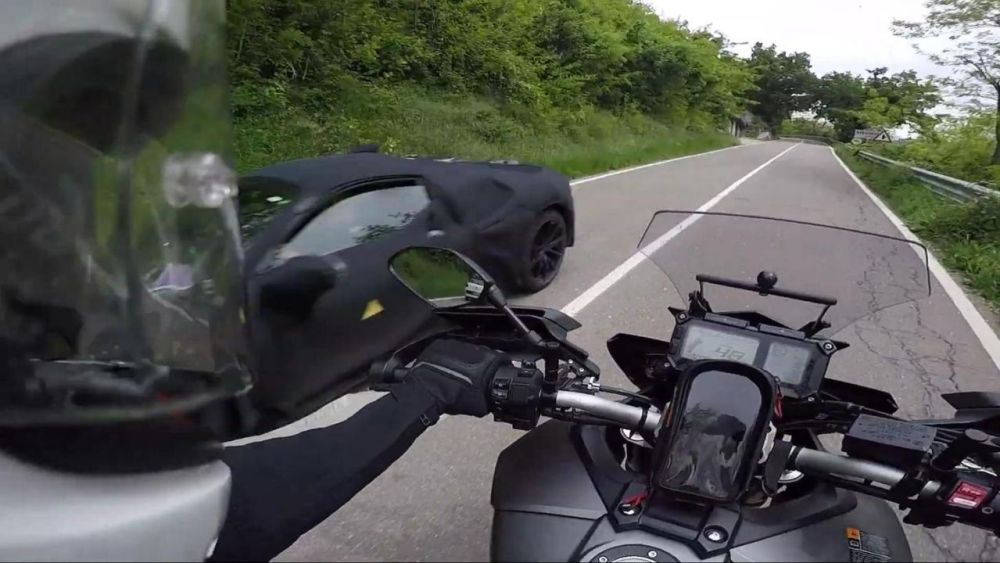 We are told that the new model is likely to be unveiled on the sidelines of the Monaco grand prix this weekend. The official public reveal is expected to take place a few days later.