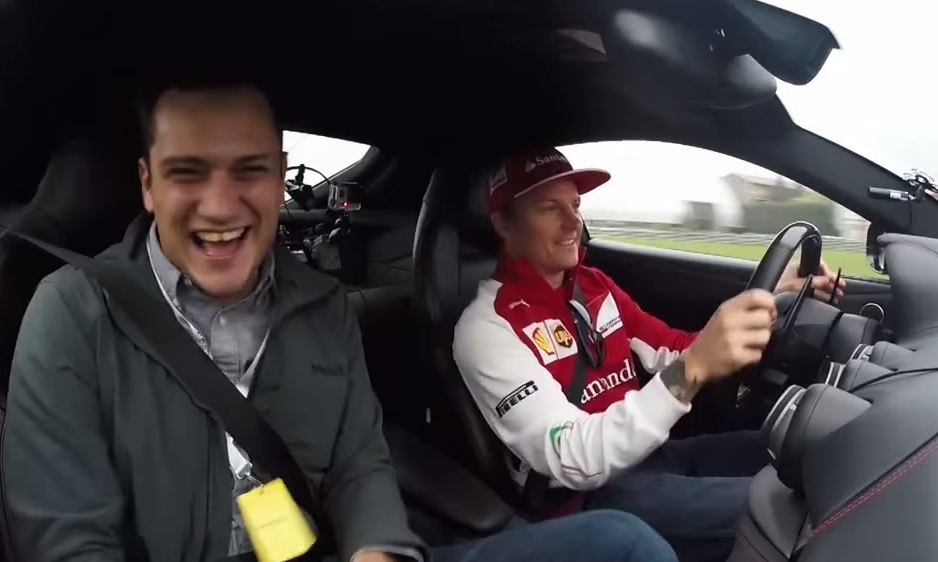 Kimi Raikkonen, also known as Iceman has a really cool head. No matter what you say to him, he rarely gets intimidated. During a post-race press conference, when the media is busy hurling questions at the Formula 1 champion, Kimi is known to tackle all of them by uttering the least number of words. He also rarely shows any emotions on his face. Kimi’s strategy to win a race is to be ahead of everyone else and if he loses, he would probably put in the most simplest terms- “sh**”.

So when this guy takes the media for a ride in a Ferrari F12 Berlinetta, you would expect a man with a straight face juggling at the wheel. But, not this time. Given a V12 Ferrari, Kimi Raikkonen will smile. This can be confirmed from the following on-board video.