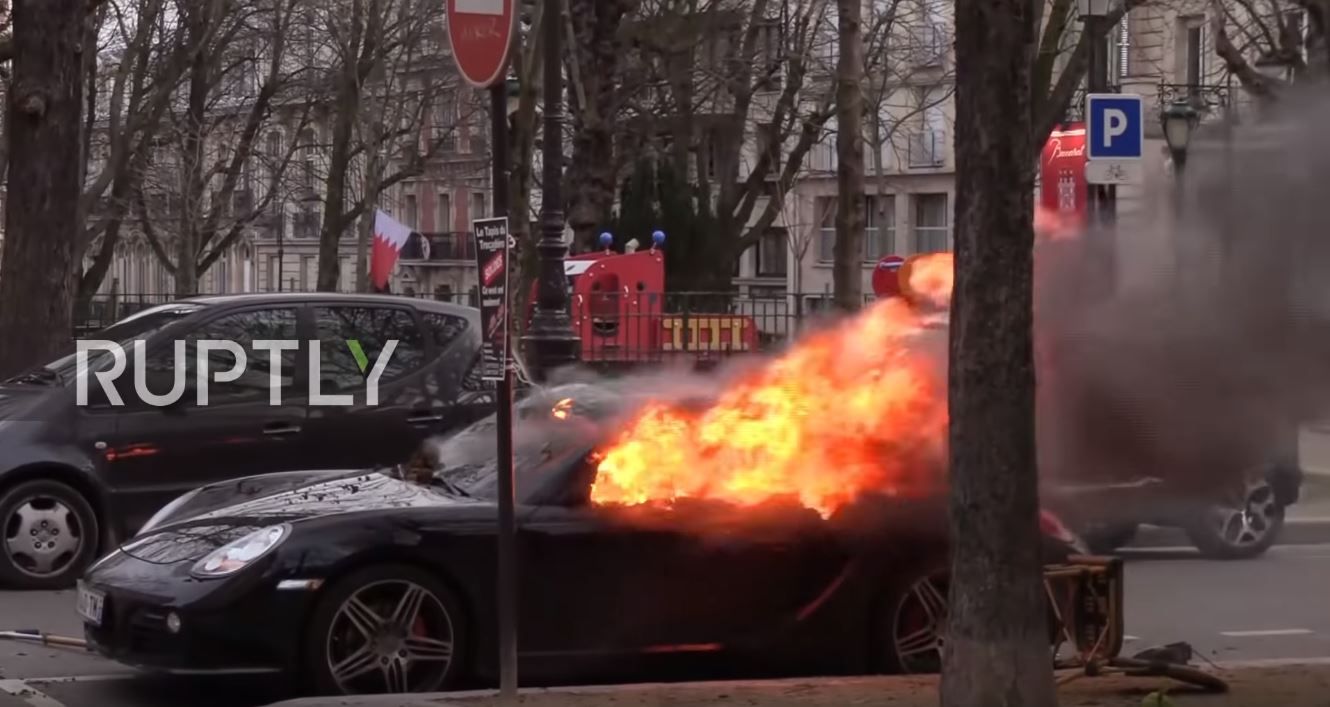 On November 17, 2019, the Yellow vests movement in France marked its 1st anniversary. Unfortunately, it was yet another day of protests.

In a video posted by RT, Yellow vest protesters can be seen vandalizing a Porsche Cayman. The car was parked on the side of the road, when a group of individuals started breaking the glass. The car is later set on fire. About a minute into the video, a fire tender arrives at the scene. It seems that the firemen didn’t take long to put out the blaze. However, the interior of the Cayman appears to have been completely destroyed by the fire and the car will probably be written off.

Later, protesters can be seen vandalizing a black Porsche 911 and a Ferrari California.

France has seen numerous protests and mass demonstrations since the so-called Yellow vests movement began in October last year. Protesters have been voicing their concerns over rising fuel prices, austerity measures among other issues. Some of these demonstrations have turned violet, which has lead to 11 fatalities as well as loss of property.