In its 70 year history, Ferrari has made a number of concept cars. Some redefined the design and desirability of concept cars (like the P4/5), some not so much (like the Sergio). But the coolest concept to ever have been embellished with a prancing horse is the Modulo.

Based on a 512S chassis, the Pininfarina designed Modulo debuted at the 1970 Geneva Motor Show. Sadly though, it didn’t make it to production. According to Ferrari, It wasn’t intended to be more than a geometric study. Even with wheels and a 550 hp 5.0-liter V12 inside, the concept was non-functional as a road going vehicle. 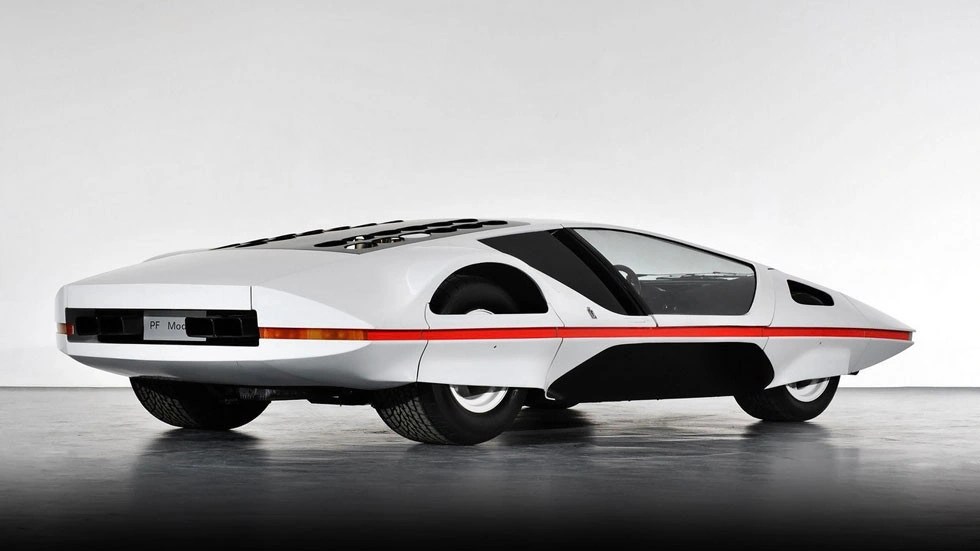 As such, Jim Glickenhaus, race car driver and owner of SCG (Scuderia Cameron Glickenhaus) took it to himself to make the car function. Glickenhaus purchased the car from Pininfarina in 2014 and after four years of work, he is happy to report that the Modulo can now run under its own power. Checkout this video of the Modulo in action.

The restored vehicle will even be making an appearance at Pebble Beach later this month, sharing the lawn with other prancing horses and making running demonstrations around the roads of Monterey. Recently, the car actually descended onto public roads for a test run flaunting its full aerodynamic dress.