This is it people, the Ferrari LMP1 race car that will challenge Audi, Porsche and Toyota at LeMans one day. However, it isn’t official yet. Ferrari have voiced their interest to race in the premier category of world endurance racing, having quit Formula 1 if and only if it begins hurting Ferrari’s interests as the complicated and slightly ridiculous regulations further deteriorate the essence of the sport.

Ferrari racing at FIA WEC and LeMans would be the biggest news after Porsche announced their return to the sport. Maranello has a celebrated history when it comes to endurance racing. Formula 1 however is where it all began. F1 and Ferrari are two inseparable entities and it is highly unlikely that they would exit the sport. 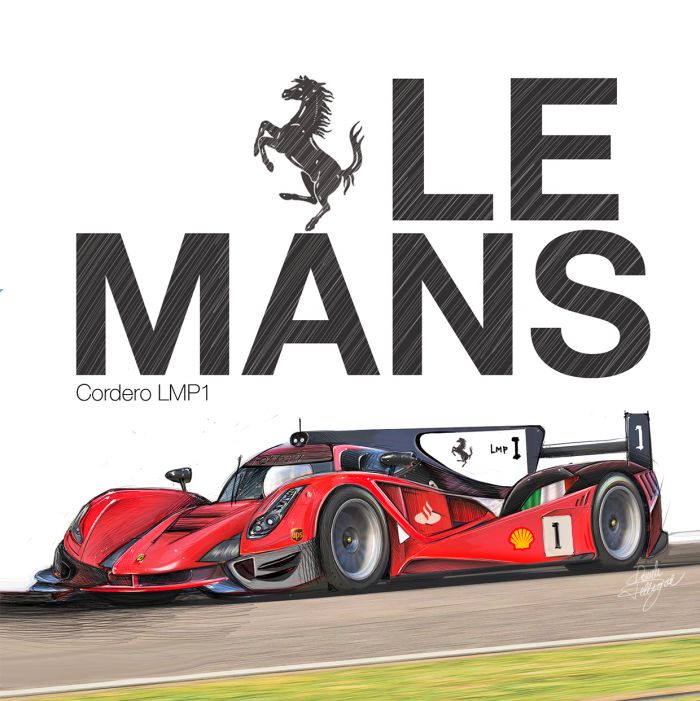 That said, Ferrari fans would be keen to see what the tech-giant of the automotive industry comes up with for LeMans and here’s one version of how the Ferrari LMP1 race car could look like. The rendering is definitely based on the LaFerrari hybrid supercar and then the extra appendages give it that menacing prototype look. If Ferrari does decide to enter endurance racing, we could see a similar prototype with a hybrid powertrain. A turbocharged V8 could make for the perfect engine coupled with technologies like regenerative braking. So, share it, if you like it.