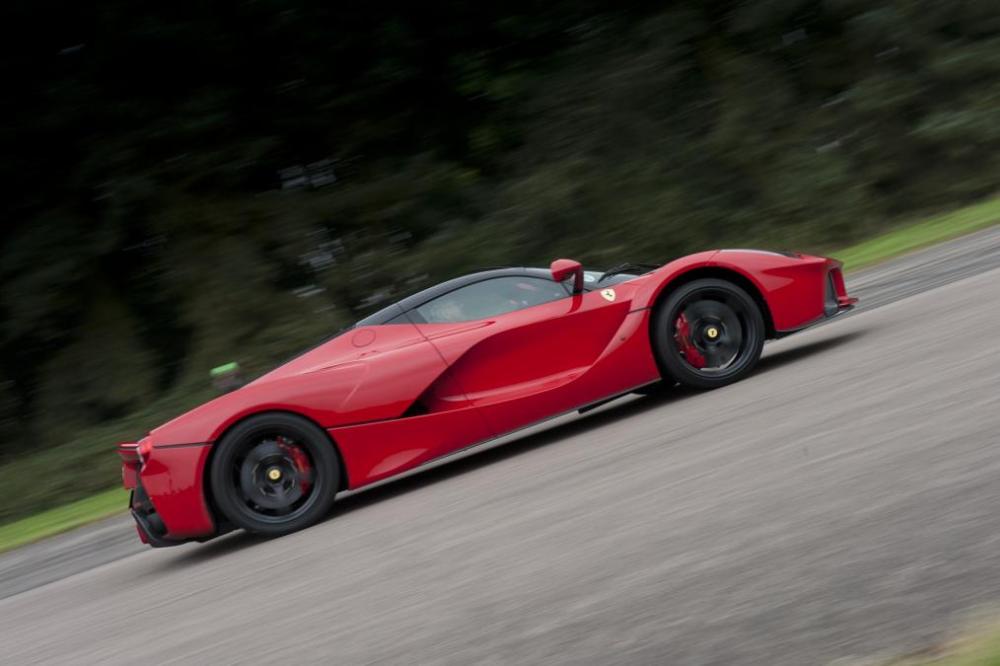 It would be difficult to convince a LaFerrari owner for a top speed run, especially if he’s not of the enthusiast kind. At a recent event held at Bruntingthorpe in the UK, supercar owners from across the island as well as Europe got together for some high speed fun.

By the end of the day, a souped up Porsche registered the fastest time, however all eyes were on the Ferrari LaFerrari. The owner managed to get his hybrid supercar up to speeds close to 207 mph setting one of the top 10 fastest times of the day. Other exotics that also put in a show included a Bugatti Veyron, Noble M600, Lamborghini Aventador and a Bentley Continental GT Speed convertible.