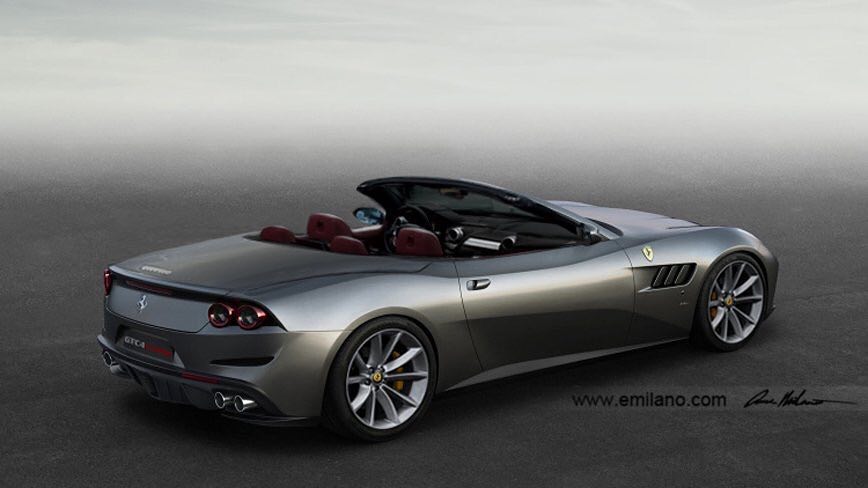 The Ferrari GTC4Lusso will debut at the 2016 Geneva Motor Show next month. With the GTC4Lusso, Ferrari has given a much needed refresh to the ageing FF. The only hatchback in the Ferrari line up had its fans but the awkward styling meant few bought the all-season supercar. Things are about to chance though, with the stunning GTC4Lusso. Some have even imagined a GTC4Lusso Spyder and this is how it might look like.

This brilliant digital rendering of the Ferrari GTC4Lusso Spyder manages to retain all the great design details that we love about the GTC4Lusso and at the same time get rid of that horrid roof line and hatchback. While this is just out of Evren Milano’s imagination, we would like to have the same 6.3-liter V12 engine. It is one of the last remaining naturally aspirated V12 engines in the world that makes 680 hp and 514 lb-ft of torque. Moreover, you also get a pair seats at the back and boot to gobble up a weekend’s luggage.

So, what do you think of this Ferrari GTC4Lusso Spyder rendering by Evren Milano? Let us know in the comments section below. For all the updates from the upcoming Geneva Motor Show keep watching this space.

Want to know more about the 2016 Ferrari GTC4Lusso?