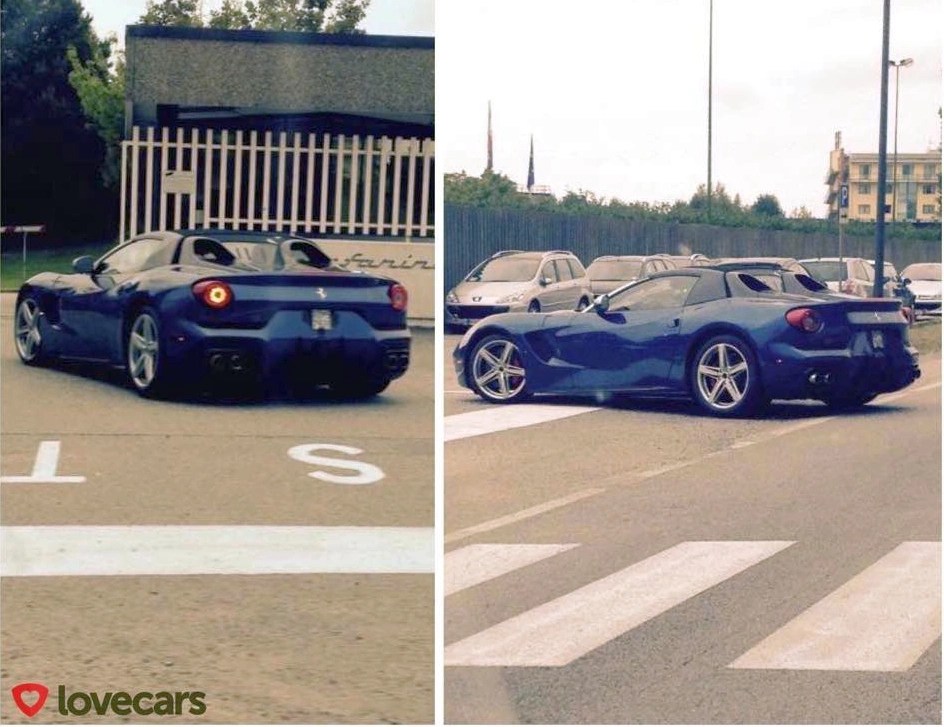 Ferrari built a special version of the F12 Berlinetta to celebrate 60 years of Ferrari North Amercia. Called the Ferrari F60 America, the car was first unveiled last year. With a price tag of $2.5 million and limited production run of 10 cars, it is highly unlikely to spot one in the wild.

It is clearly not easy to spot but we never said it was impossible as one F60 America was recently spotted in Italy. Most probably a prototype, the supercar was seen in the vicinity of the Pininfarina factory. The Ferrari F60 America is essentially a convertible version of the F12 with the same 6.3-liter V12 engine producing 730 hp. The one which was seen in Italy did sport an Italian license plate usually seen on Ferrari test cars.

All said, the reason why Ferrari could be testing a year old F60 American is still a mystery. So say it could be the production version of the car which was seen at Rodeo Drive in October 2014. Whatever the reason, we are thankful to Lovecars for sharing the images.