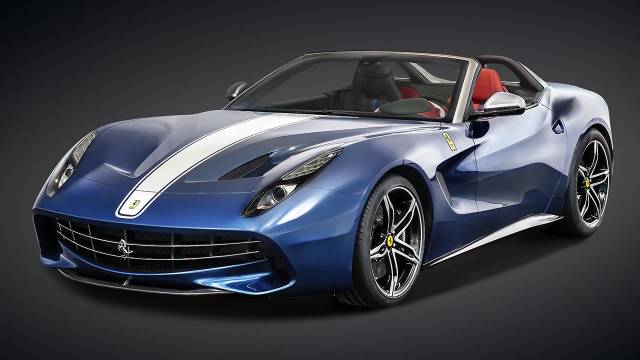 Let me be frank from the outset. I am a big fan of prancing horse and when I saw the new Ferrari F60 America, every other exclamation that followed was preceded by an appropriate f-word. I mean, how can you not get blown away by the looks of the $2.5 million supercar built solely and exclusively for the US market. If you don’t like this thing, you’re probably living on the wrong planet as you seem to have the aesthetic sense of a Martian. 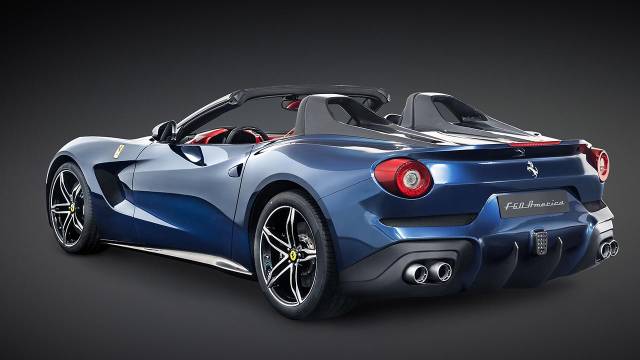 Gone are the days when special edition supercars just had a racing stripe and some extra badges. The F60 America has been redesigned completely. The front end has this low slung, gaping intake grille and new vertical headlamp graphics. Hood scoops help channel air around the engine which sits behind the front axle and out through new side gills. 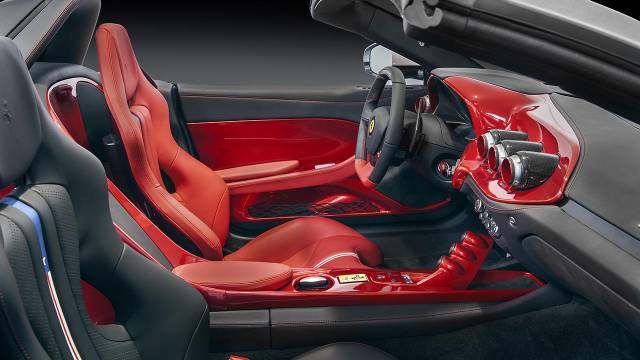 The roof has been deleted and the rear decklid replaced with neatly integrated roll over hoops. The rear end is brand new and I especially like the circular tail lamps that protrude out of the bodywork. The bumper gets an oversized diffuser and the customary quad-exhausts.  The interior has unique gloss red trim which does look interesting, but I don’t think I like it.

The Ferrari F60 America is based on the F12 Berlinetta and uses the same drivetrain as the latter. Thus, power is derived from a naturally aspirated V12 tucked in under the hood. It generates no less that 730 hp which drive the rear wheels via a dual-clutch transmission. Ferrari will be building just 10 examples of this insane supercar and all of them are sold despite the mega price tag. 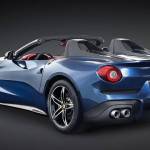 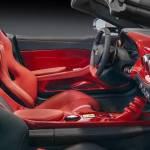 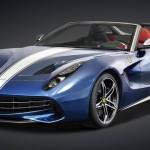