On Thursday morning, a Ferrari F12 tdf traveling on a German Autobahn burned to the ground after. According to the police, two people were in the Ferrari when they suddenly heard a loud bang. There upon they discovered flames rising from the rear of their car. Immediately the driver steered it towards the hard shoulder. Both occupants immediately left the vehicle and alerted the fire department. 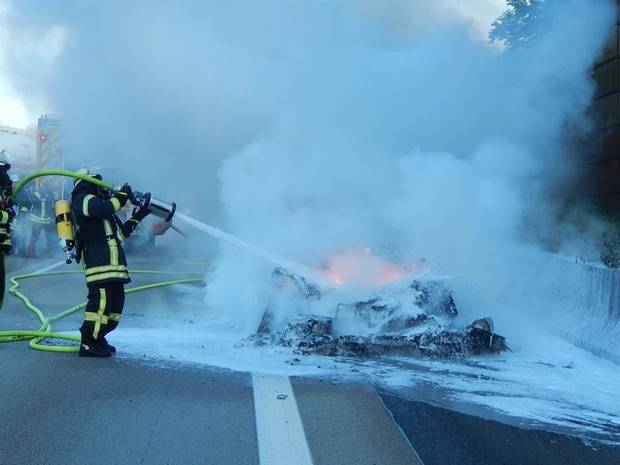 The fire was so severe that the road had to be blocked for almost four hours. As you can see, nothing aside from the wheels suggest that the car was an F12 tdf. But, the good thing is that both the driver and the passenger escaped unhurt.

The limited edition car of which only 799 exist in the world was only one year old according to the vehicle driver. Considering how high the prices for the F12 tdf have soared since its launch, the car would be around $1.3 million in value at the time of the incident. 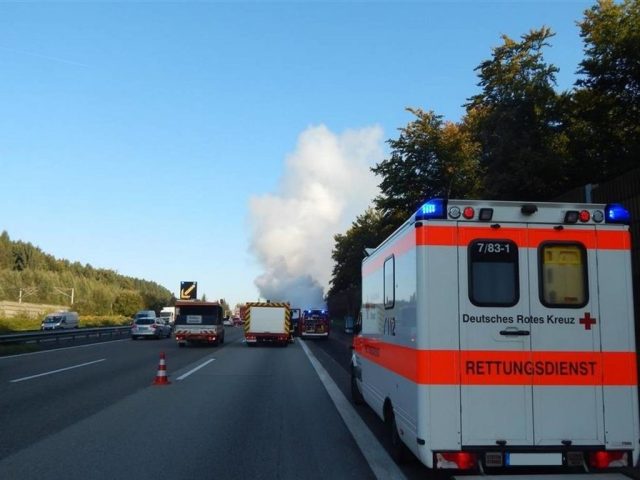 After initial investigations, it was found that engine failure was responsible for the fire.  We have often heard of older Ferraris catching fire due to electronic failures, but this is one of the rare instances when a modern Ferrari has burned to the ground and the first the F12 tdf.