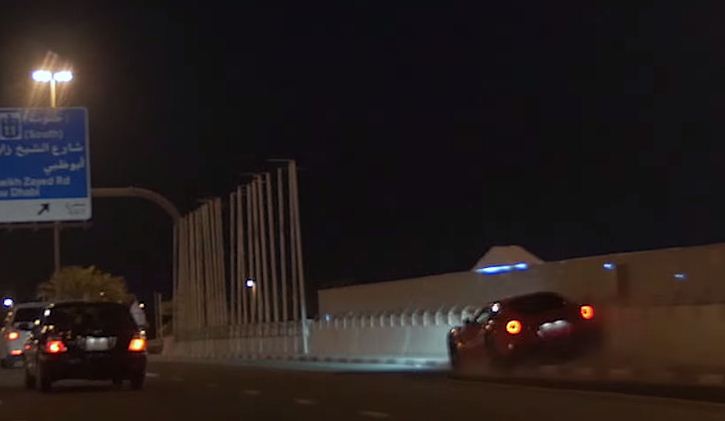 A video of a Ferrari F12 Berlinetta crash has just emerged. The 730 hp supercar was travelling at considerably high rate of speed before it crashed into the retaining wall on the right hand side of the road. That said, the Ferrari was being raced against an AMS Performance Alpha 7 GTR on public roads.

The short drag race which begins with a rolling start ends with Ferrari F12 crashing hard in to the sidewall. The Ferrari clearly has the lead over the Nissan GTR however it gets caught up with a slow moving traffic ahead. That’s when the driver tries to take avoiding action. In doing so, the front wheels lock up for a moment and the car veers off to the right, eventually hitting the wall.