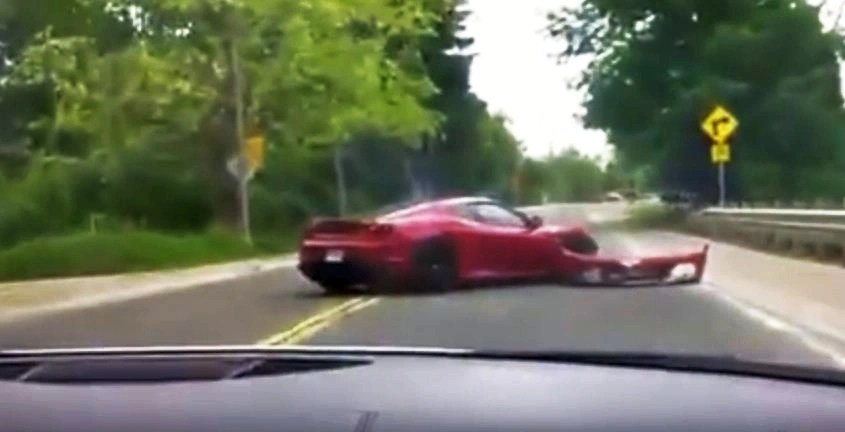 Today we bring you a rather tragic story of a guy who rented a Ferrari and then crashed it. The incident was recorded on a mobile phone camera.

In the following video, the person with the camera is riding in an Audi R8 with a scarlet Ferrari F430 in front of them. Both supercars can be seen cruising down a winding road at about 50 km/hr just before the Ferrari driver loses control and hit the barrier hard. The front of the Ferrari gets ripped off, however the complete extent of the damage is unknown.

That said, the owner of the video does mention that the the Ferrari driver lost his $2500 deposit. He was also charged a fine by the police. The video is lesson to all those who take a supercar for granted. First of all, never ever turn off the traction control, especially when the car does not belong to you.