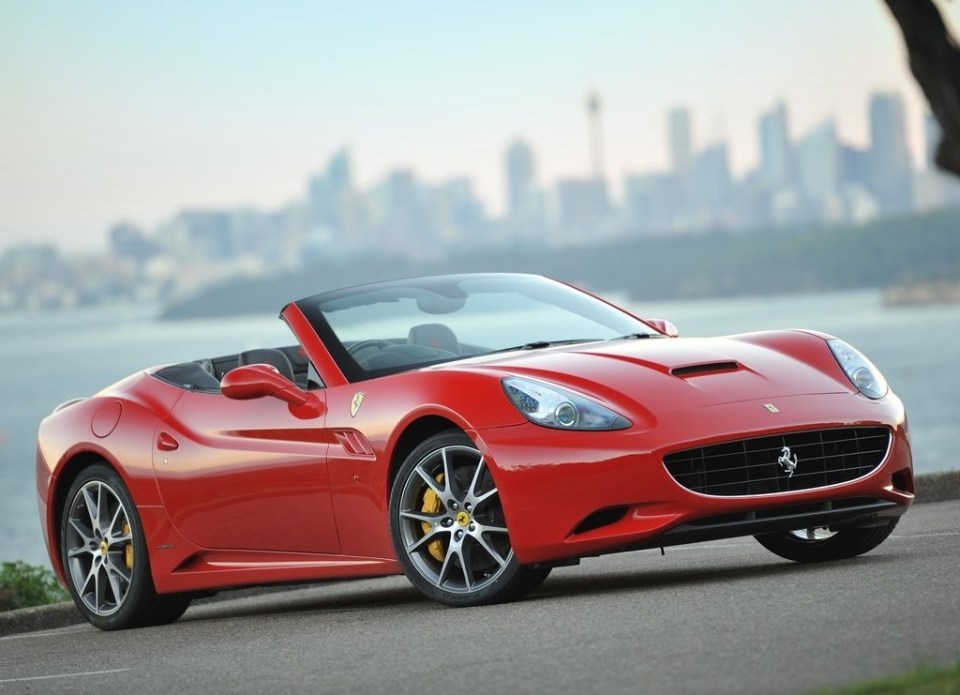 A guy in a Ferrari California lost control of his supercar and crashed into a ravine in Brazil. The incident took place in Guaruja, Brazil known for its high income group residents. Apparently, there are loads of supercar owners in this area. The latest Ferrari California crash was caught on camera as the driver tried to overtake traffic on a bend.

A Ferrari can be tricky to drive and this traffic camera footage further demonstrates the need for skill while driving an Italian exotic. Moreover, if you are racing on the streets, then accidents like these are bound to happen. The driver of the Ferrari does seem to be in a hurry to overtake an SUV, while being chased by a black Porsche.

The car snaps from him as he tries to over-correct the steering and crashes into the side of the road. The aftermath of the crash was captured on a cellphone by a bystander as the Ferrari was being craned out of the ravine.