As part of the XX program Ferrari’s most valued customers get a chance to own and drive the most advanced race cars which are generally based on a production car from that period. Ferrari 599XX Evo was introduced back in 2011. It was basically a heavily modified 599 GTB with improved aero, suspension and a racing engine.

Not too long ago, Ferrari introduced the LaFerrari FXX K- the latest in the line of XX cars built specifically for the race track. It is seen as a successor to the FXX which was based on the Enzo. 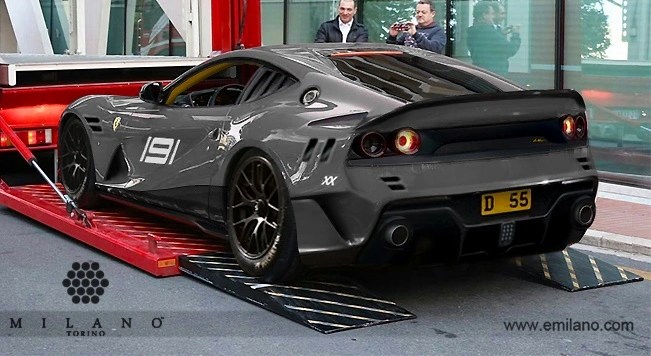 A replacement for the 599XX might look like this. Based on the new 812 Superfast, the creators of this rendering call its the 812XX.

Like all the other XX cars, the 812XX features an aggressive looking aerodynamics package. The most prominent feature is its LaFerrari FXX K-style rear wing. Other details include a revised rear bumper, larger diffuser, twin exhausts and additional vents on the front and rear fenders.

Painted in Rosso Corsa, this 812XX rendering looks just brilliant. A race car like this would be powered by a naturally aspirated V12 engine with more than 800 hp on tap. Now, let’s hope Ferrari will build it.