The Ferrari 499P Le Mans Hypercar has been unveiled during the annual Finali Mondiali event at Imola.

Ferrari had showcased a camouflaged prototype of its Le Mans contender earlier. But this is the first time we get to see the car in its race livery. The colours are inspired by the Ferrari 312PB, which was driven by Jacky Ickx and other legends. 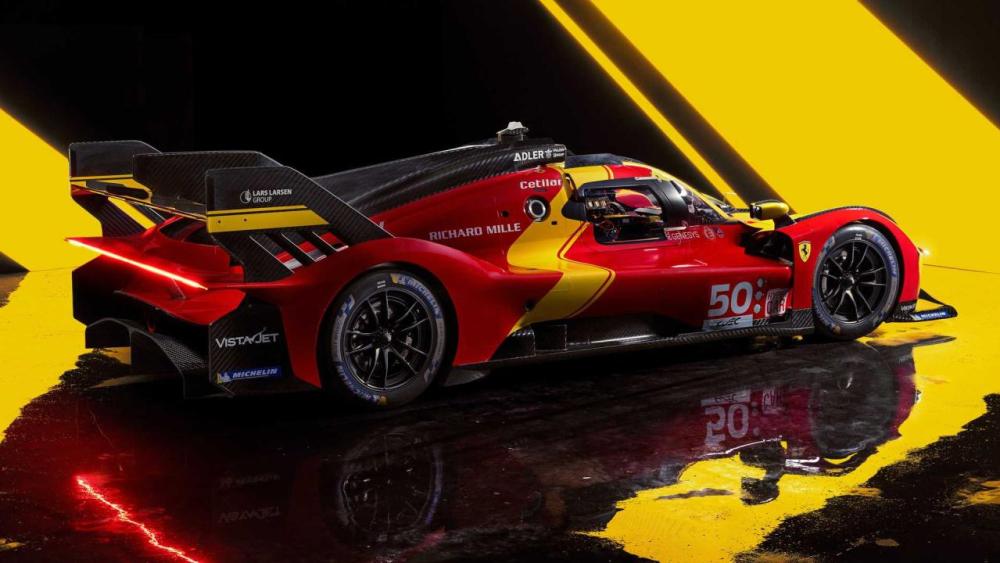 The Ferrari 499P is powered by a 3.0-liter twin-turbo V6 engine. It’s an all-new design with a 120-degree bank angle. The ‘499’ stands for the displacement of one cylinder, while ‘P’ denotes the prototype.

The 499P is based on the LMH regulations and was designed by Centro Stile. The car features a narrow teardrop-shaped cabin with an extended shark fin that attaches to the rear spoiler. The rear wing design is unique and features a twin-blade design with a light bar stretching across the lower element.